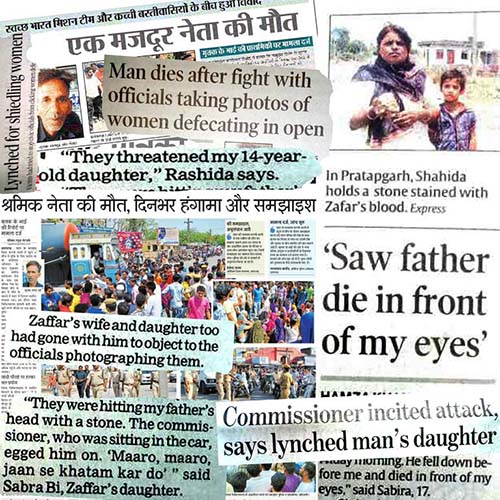 As you know, CPI(ML) and AICCTU activist Comrade Zafar (55) was lynched to death on 16 June 2017 for defending poor women from attempts by Rajasthan government officials to take photos and videos of them in a state of undress. The women were forced to defecate in the open because the government had refused funds to construct toilets in their colony.

Comrade Zafar is survived by his wife Comrade Rashida, and daughters Rukhsar (who is married) and Sabaz (who is in Class X in high school). Comrade Rashida and even his young daughters are boldly fighting for justice. Comrade Rashida has refused a cheque of Rs 2 lakh as ‘compensation’ from the government officials who are covering up Zafar’s lynching and are using various threats to get Rashida to withdraw her police complaint. She is determined not to be silenced by such offers, and is demanding justice instead.