Niyamgiri Suraksha Samiti Activists Being Forced to ‘Surrender’ As Maoists 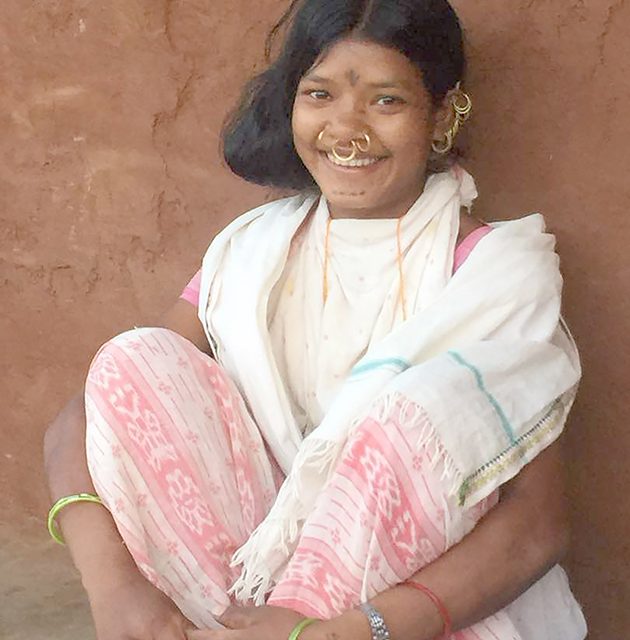 The team met Niyamgiri Suraksha Samiti activist Kuni Sikaka to enquire into the circumstances of her arrest and detention from 1-3 May 2017. Kuni Sikaka is a 20 year old woman of the Dongria Kondh community. She told us:

“I have been active in the Niyamgiri Suraksha Samiti movement for several years. I have been married to Jagli Pusika two months back. On 1 May at 1 am, a police force including 6 policewomen banged on the door of our home in Garota village. The police had cordoned off the entries area. They took me away and when villagers tried to intervene, they showed guns and threatened them. They never told any of the villagers or me what I had done to be arrested this way.

“I was taken to the Rayagada police station and kept there till 3 May. Here the SP of the Rayagada police station repeatedly told me that I must surrender as a Maoist. I said I am not a Maoist, I have been a Niyamgiri Suraksha Samiti activist for several years. But he repeatedly said that if I didn’t agree to surrender as a Maoist, they would send me to jail for 12-15 years. But if I surrendered they would release me immediately. My father in law Dadhi Pusika who is also a leader of the movement, arrived and so did my husband Jagli Pusika. The police then insisted that both Jagli and I surrender or else I would be jailed for several years. I am newly married and my family and in-laws thought I should avoid going to jail. Which is why my husband and I signed surrender statements, under threat of jail. But neither of us accepted the Rs 2 lakh each that the police offered as the package for surrendered Maoists. I have gone to so many places in the country representing the Niyamgiri Suraksha Samiti, how could I have done that if I was running with the Maoists?”

Jagli also corroborated his wife’s words, saying that he also signed the surrender statement to secure the release of his wife. Kuni and Jagli gave signed statements to the team that were released by the team to the press.

Both Jagli and Kuni were produced by the police along with another Niyamgiri activist Drimi, as ‘surrendered Maoists’ at a Press Conference. Dadhi Pusika said that in the presence of the press on 5 May 2017, he got into an argument with the police who asked him also to surrender as a Maoist. He declared: “Arrest me if you want but I won’t surrender or call myself a Maoist, I am a Niyamgiri Suraksha Samiti leader and will defend our hills and forests.”

The team observed that Kuni had clearly been kept in illegal detention and illegal police custody from the 1 May to 3 May. Just as any custodial confession has no legal value because it is presumed to be coerced, a custodial ‘surrender’ also can have no value. Kuni Sikaka is well known as an activist of the Niyamgiri movement and the police have coerced her to confess to being a ‘surrendered’ Maoist. 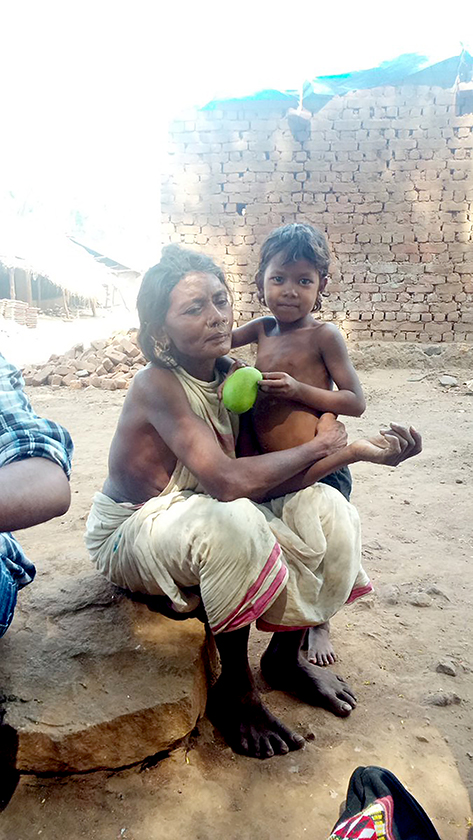 The team met Niyamgiri Suraksha Samiti activist Dasaru Kadraka in Bissam-Cuttack jail on 16 May. The team had earlier met his mother, sister and wife as well as people from his village. Everyone had told us what a dedicated and tireless activist Dasaru was for the movement, ever-willing to get on his bike and take messages to the remote villages. Dasaru was arrested and jailed a year and two months ago, and charged with nine cases including planting of IED, killing one Shyam Kadraka, pestering Maoist posters, blockading roads etc.

Dasaru struck us as a very courageous and straightforward,cheerful young activist. He told us: “I was arrested and taken to Rayagada SP’s office. There I was tortured with my hands tied and electric wires attached to my ears and electric shock given to me, to force me to surrender as a Maoist and to make me leave the Save Niyamgiri movement. But I refused – I am not a Maoist, why should I say I am? The andolan (movement) is my life, I will never stop protecting the Niyamgiri hills and forests. When I am released from jail also I will continue with the andolan.”

Arrest Of A Juvenile

We met the uncle and brother of a minor teenage boy (name withheld due to confidentiality provisions of JJ Act) who was picked up by the police on 22 February when he had gone from Garota village to Muniguda to get materials for the Niyamraja parv (festival).

He is an orphan, his parents are no more and he was living with his uncle and elder brother and studying at school in Sakata village.

Although a juvenile, he was lodged at Bissam-Cuttack jail which is an adult jail and was moved to Behrampur observation home only a month ago. It is a violation of the provisions of the JJ Act to lodge a juvenile in an adult jail. The boy’s uncle said the boy was tortured in police custody before being remanded to judicial custody. He said that when he met the boy in jail, the latter was weeping and saying “Please arrange a lawyer to get me out, I am innocent and I want to come home.”

The Niyamgiri movement is one of the best known and most successful people’s movements against corporate land grab and destruction of the environment. They won their victory against the proposed destruction of the Niyamgiri hills by the Vedanta Mining corporation through the very democratic, Supreme Court monitored process of palli sabhas under the Forest Rights Act. The Vedanta company still has plants in the region but is sourcing bauxite from Korba instead of Niyamgiri. It is still looking for ways to overturn the palli sabha mandate and source bauxite from Niyamgiri itself.
The Odisha police is seeking to punish and repress the Niyamgiri movement by branding its activists as Maoists and enacting forced surrenders. The testimonies of Kuni Sikaka, Dasaru Kadraka and others make it very clear that the police is using illegal detention, threats of jail and even torture to coerce Niyamgiri movement activists into ‘surrendering’. When they refuse they are being arrested and jailed on fake charges, where even if they are acquitted they would spend long periods in jail as undertrials.

We demand that action be taken against the Rayagada police for illegally detaining Kuni Sikaka and obtaining the ‘surrender’ of Kuni and her husband under threats and coercion.

We demand that action be taken against Rayagada police for torturing Dasaru Kadraka in the attempt to force him to surrender, and for framing him on a range of trumped up charges without the least evidence.

We demand withdrawal of all cases which have been framed against Kuni Sikaka, Dasaru Kadraka and the juvenile boy.