The draconian provisions of Bihar’s prohibition law have started wreaking havoc on the poor. Just like Swacch Bharat and Note Ban, ‘Liquor Ban’ also hits the poor and oppressed the worst.

Archbishop Óscar Romero (the activist-priest of El Salvador who was murdered for speaking up against state repression) once said, “Justice is like a snake, it only bites the barefoot.” The accuracy of this observation could not be more true than in Jehanabad in Bihar – where the private militia members who perpetrated the the Laxmanpur Bathe massacre of Dalits have been acquitted, but two Dalit brothers have been convicted and sentenced to five years rigorous imprisonment for having had a drink of toddy!

A fast track court in Jehanabad, in just 40 days, has sentenced two brothers Mastan Manjhi and Painter Manjhi from Unta Musahar Tola to five years rigorous imprisonment and slapped a fine of Rs 1 lakh on the charge of having drunk toddy; if they fail to pay the fine they will have to spend 6 years in jail. This is the first conviction under the draconian anti-liquor law. 45,000 men (of whom a handful may belong to the liquor mafia but the majority are amongst Bihar’s poorest and most oppressed) languish in jails after being arrested under this law.

Kranti Devi, wife of Painter Manjhi, told the Indian Express, “Ye kanoon gareeb aur Mahadalit ko marne ke liye banayi gayi hai. Ameer to bade wakil kar bach jayega, mara to hamesha gareeb hi jaata hai. Do thela chalanewale ko saja dilwakar mukhyamantriji ko kya mila? Ye kaisa kanoon ki sharir ka dard door karne ke liye do ghoont piye to paas saal jail (The liquor law has been made only for the poor. The rich will hire good lawyers and escape, it is only the poor who will get punished. What did the CM achieve by putting two cart-pullers in jail? What kind of law is this that drinking two drops of toddy to relieve one’s pain can land one in jail for five years)?

The draconian prohibition law has been ushered in on the pretext of alleviating the sufferings of women and families of alcoholics. But the reality is very different. Mastan and Painter Manjhi earned their livelihood by plying thelas (cycle-carts). Now their families are on the brink of starvation and deep in debt. When the police raided their home, their wives told the police that they had only been drinking toddy – which is exempted from punishment under the prohibition law. But the police and judicial system had no respect for the testimony of the very women in the name of whom the prohibition law has been enacted. The legal fight ahead for the family is going to be very difficult.

The liquor mafia in the State is flourishing; home delivery is being done at double and treble the rate. Is this possible without political-administrative protection? But instead of acting against this unholy nexus the government is targeting the hapless citizens who are addicted to liquor.

Alcoholism is a serious problem, one that women in particular have protested – but the solution does not lie in criminalizing those who drink. Rather, alcoholism calls for free and viable de-addiction programmes, curbs on the state-sponsored promotion and availability of alcohol and amelioration of the abysmal work and living conditions that drive the oppressed.  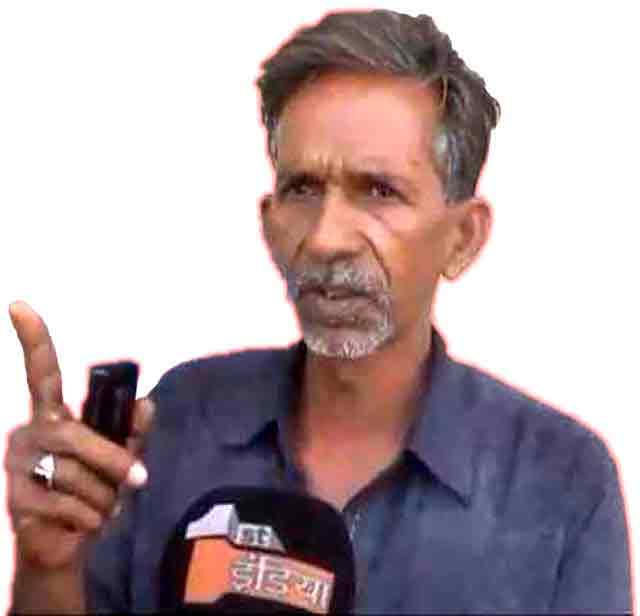 On 20 July 2017, Husain Dalwai, Congress MP from Maharashtra raised an unstarred question in the Rajya Sabha: he asked the Minister of Housing and Urban Affairs about the government’s policy on photography of people defecating in open. This question came in the wake of the lynching to death of CPI(ML) activist Comrade Zafar Hussein in Pratapgarh, Rajasthan, by government officials after he objected to their insistence on photographing, videographing and publicly shaming slum-dwelling women defecating in the open.

The question raised was as follows:

Will the Minister of Housing And Urban Affairs be pleased to state:

(b) if so, the reasons therefore;

(c) if not, the action taken against officials who have been found doing so;

(d) whether the Ministry has come across any complaints of officials taking photographs of people, especially women defecating in the open;

(e) whether those officials are permitted to manhandle anyone who prevents them from taking photographs of women defecating in the open; and

(f) if not, what action would be taken against officials found manhandling?

In reply, the Minister of State for Housing And Urban Affairs (Rao Inderjit Singh) stated:

This answer is dishonest at many levels. In the first place, is the Minister truly unaware of the fact that many governments are using such coercive and violent tactics as part of the Swacch Bharat mission? To begin with, the killing of Zafar Hussein was widely covered in the media, and the municipal officials of Pratapgarh too did not deny that they did indeed follow a policy of photographing and videographing open defecators and threatening to make such photos and videos public. If this were not enough, it was also widely reported in news media that district education department in Jhalawar, Chief Minister Vasundhara Raje’s home town and assembly constituency, had issued a circular asking government teachers to check open defecation by going out on visits at 5 am to take photos of people relieving themselves in open. In January 2017, sanitation workers in Ujjain took and uploaded videos of an elderly man being forced by them to clean his faeces with his dhoti. The Swacch Bharat mission regularly shares flattering news stories about itself – can Ministers in charge of it truly pretend to be unaware of disturbing news reports of sexual harassment, coercion and violence being used as tools of the mission?

Swacch Bharat is a central government programme. The Central Government cannot therefore plead that sanitation is a state subject and thus wash its hands off responsibility for violence done in the name of this central programme. The Prime Minister’s silence on violent lynchings is by now legendary. But the reality of Swacch Bharat’s violence against the poor and women is no longer a secret – Comrade Zafar’s killing has brought it out into the open. 