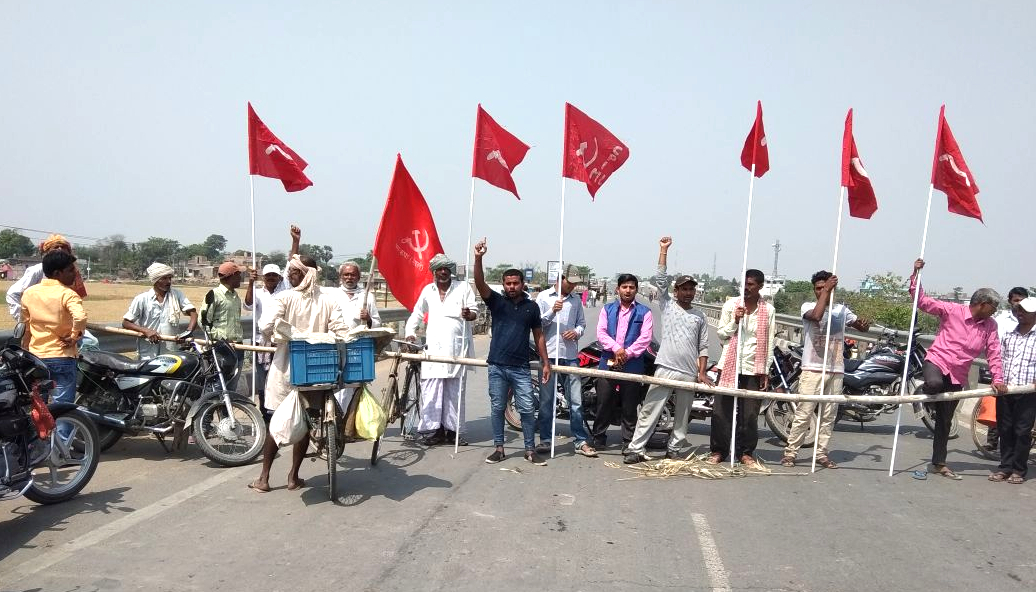 The SC/ST (Prevention of Atrocities) Act was finally strengthened in 2015 through long-pending amendments that sought to correct the abysmally low rate of convictions under the law. The amended law recognised a whole range of atrocities commonly meted out to SC/ST people, mandated establishment of exclusive Special Courts and appointment of Exclusive Special Public Prosecutors to try the offences under this act, and provided for action on public servants for dereliction of duty and failure to protect the rights of victims and witnesses. The amended law came into effect in April 2016. Now, when the amended Act has been in place for a mere two years, and there has been no assessment of the seriousness with which it has been implemented, the Supreme Court and the Government of India have already given credibility to the bogey of ‘misuse’ and ‘false complaints’ and sought to irretrievably dilute the Act.

The Supreme Court in its order on March 20, 2018, took away the Act’s teeth, by mandating that no arrest could be made under this law without written permission by the appointing authority in the case of an accused public servant, and without written permission of the Senior Superintendent of Police of the District in the case of any other accused. Moreover, it mandated that no FIR could be registered under the Act without a preliminary enquiry as to whether the case falls in the parameters of the Atrocities Act and is not frivolous or motivated”! It is to be noted that these dilutions actually end up making the POA Act weaker than many other ordinary criminal laws – a case of attempt to murder or intention to commit dacoity for instance, do not require any “preliminary enquiry” to rule out “frivolous or motivated” cases. These are among the most widely misused provisions of criminal law: police routinely file the most blatantly false cases against innocent bystanders or protesters from poor and deprived backgrounds invoking these provisions, but the bogey of ‘false cases’ and ‘misuse’ is reserved for laws intended to protect Dalits from atrocities (POA Act) and women from domestic cruelty (498 A). The Supreme Court order also removed the POA Act’s bar on granting of anticipatory bail – a provision that is necessary to prevent accused persons from terrorising and pressurising Dalit complainants.

Following the extremely successful Bharat Bandh called by Dalit groups and supported by Left and democratic organisations and movements, the Government of India announced that it would file a review petition against the Supreme Court order. But the fact is that in the Supreme Court, the Additional Solicitor General Maninder Singh, representing the Government of India, had conceded the baseless claims of ‘misuse’ and ‘false cases,’ and backed the dilutions of the anticipatory bail provisions! The ASG while submitting that the Government while considering the issue in Parliament had rejecting ‘punishments for false cases’ to be ‘against the spirit of the act,’ had failed to point out that the basis of the rejection was the fact that acquittals or failure to convict do not amount to ‘false cases.’

It is ironic that appeals against acquittals of all the accused in a series of Dalit massacre cases including the Tsunduru case of Andhra Pradesh and the Bathani Tola, Laxmanpur Bathe and other Bihar cases languish without a hearing in the same Supreme Court which has so blithely accepted low conviction rates or witnesses or complainants turning hostile as evidence of ‘misuse’ and ‘false cases’. The acquitted Ranveer Sena men boasted on camera (in the Cobrapost sting operation) of having committed the Bihar massacres. Witnesses in these cases risked their lives to give evidence – only to have justice elude them and watch the killers roam free. In the absence of witness protection, and the ugly reality of collusion by police and prosecution to protect the accused, witnesses in some SC/ST atrocity cases do turn hostile. Even where witnesses stand firm, weak and biased investigation and prosecution result in acquittals. These instances simply cannot be taken as evidence of ‘false cases’!

The Supreme Court made a travesty of Ambedkar’s words on the Constitutional values of liberty, equality, and fraternity, by quoting those words to suggest that false cases filed under the POA Act militate against these values and deter “integration of society”. The judgement is singularly silent on the fact that “integration” and fraternity” are actually hindered by untouchability, not by Dalits seeking justice against untouchability. According to the India Human Development Survey 2017, untouchability is still practiced by one in every four Indians, resulting in segregation of Dalits in schools, mid-day meals and restaurants, violently enforced segregation from community resources including water sources and burial grounds, and murders of Dalit men who marry non-Dalit women.

The Bharat Bandh called by Dalit groups has been demonised in the media as ‘violent’. The fact is that there were only isolated instances of violence by protesters; while there is vast evidence of organised violence against the protesters and against Dalits in general. Nine Dalit protesters were killed in such violence – six of these in Madhya Pradesh; two in Uttar Pradesh and one in Rajasthan. In Gwalior, for instance, one Raja Singh Chauhan, neither a Dalit nor a protester, is alleged to have opened fire with a pistol and killed three Dalits, and then attempted to blame the shootings on Dalit protesters. Firing by a police officer is alleged to have claimed a life of a Dalit protester in Dabra near Gwalior. In Rajasthan, eyewitnesses saw the self-styled Rajput Karni Sena unleashed violence against Dalit protesters, while in Bihar, Bajrang Dal and ‘Hindu Putra’ outfits attacked and severely injured protesters. Ironically, those blaming the nine deaths on violence by Dalit participants in the Bharat Bandh forget that the Karni Sena’s sustained violence against the Padmavati film did not result in any Karni Sena man being shot dead – instead several State Governments refused to enforce Supreme Court orders to screen Padmavati, and refused to act against Karni Sena violence! While hundreds of Dalit protesters have been arrested, the Karni Sena violence was treated with kid gloves and there were virtually no arrests.

Moreover, the claim that the Bandh caused the violence is belied by the fact that on the day after the Bandh, violent mobs have attacked Dalit slums, and set on fire the houses of both the sitting and the former MLAs in Hindaun town of Karauli district. Predictably, there have been no police firings or wholesale arrests to curb this wanton anti-Dalit violence. Protests against the dilution of the Atrocities Act have been met with more atrocities, and the victims have been branded ‘violent’ while the perpetrators enjoy impunity and are called ‘victims’ of false cases’.

The Modi Government must be held accountable for its dubious role in allowing the Atrocities Act to be diluted unchallenged in the Supreme Court. Its posturing now cannot acquit it of its complicity in the dilution. Further, we must ask why the Government of India is not making itself a party to the pending Supreme Court appeals in massacre case acquittals? Why did its representative not even make a mention of these cases during the hearing? Why is it not seeking expediting of the hearing of these appeals? Why are its Ministers and NDA allies who claim to represent Dalit interests silent on those cases? The appeals in the Bathani Tola and other Bihar massacre cases are languishing in the Supreme Court for the past six years.