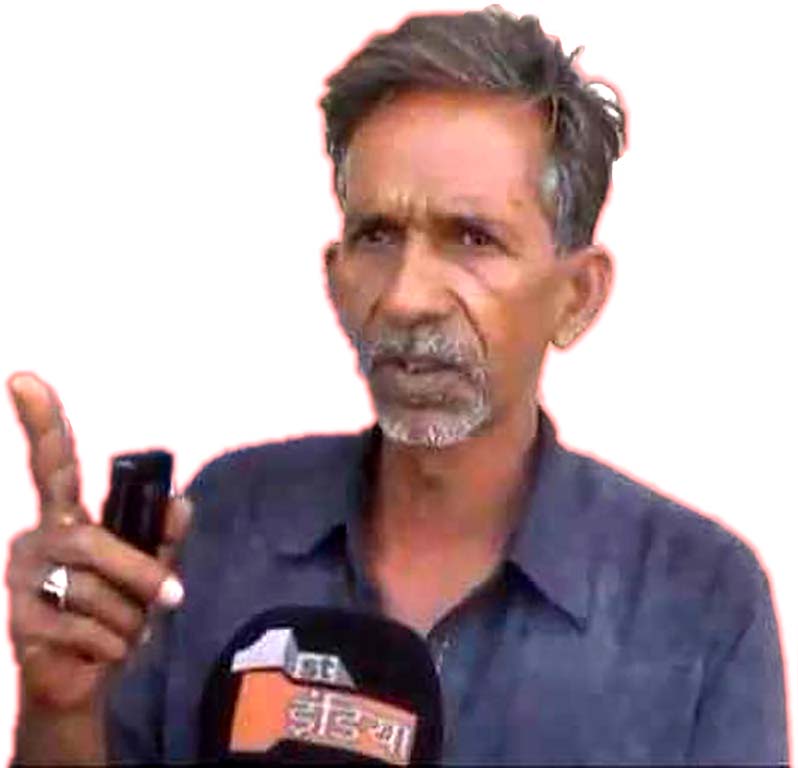 Mohammad Akhlaque, Majlum Ansari, Imteyaz Khan, Pehlu Khan, Sheikh Naim, Mohammad Halim, Mohammad Sajjad, Uttam Verma, Ganesh Gupta and now Zafar Hussein. Yet another horrific case of mob lynching, the second successive incident in Vasundhara Raje’s Rajasthan in last three months. The previous cases of lynching in UP, Jharkhand or Rajasthan were typically all triggered by orchestrated ‘rumours’ – whether of beef consumption, cattle-lifting or child-lifting. There was however no rumour that led to the lynching of Zafar Hussein at Pratapgarh in the early morning of June 16. Zafar had to pay with his life for trying to defend the dignity of poor women from Kachchi Basti, Mahtab Shah Colony, Pratapgarh. He is perhaps the first victim of the Modi government’s flagship Swachh Bharat Abhiyaan.

Vasundhara Raje would like to showcase her state as an ODF (Open Defecation Free) state by the end of 2017. Under the Swachh Bharat Abhiyaan, there is a rush among panchayat, block and municipal officials to get their respective areas declared ODF. This bureaucratic drive is generating a lot of corruption – fictitious toilets are being built on paper and a lot of money is being siphoned off in the name of construction of toilets. Local journalists and social activists are exposing many such cases across rural and semi-rural or ‘rurban’ India. But more sinister and brutal is the other part of the story. People seen defecating in the open are being stoned, chased, photographed, shamed and bullied in the most dehumanising way! Zafar had written to the Pratapgarh municipality against this practice and insisted on first making functional public toilets available to the people. On the day he was beaten to death, he had protested against the photography of women from the Kachchi Basti who were defecating in the open.

Zafar had been a CPI(ML) activist and union leader of long standing. He was a leader of the Rajasthan Nirman Mazdoor Sangathan and at the all India conference of the AICCTU-affiliated Construction Workers’ Federation held in Ranchi in 2016 he was elected as a member of the Central Working Committee of the AICWF. When the municipal team began to harass and humiliate the Kachchi Basti women, Zafar first led a delegation to the District Collector Neha Giri on 14 June. They were made to wait for hours, but the Collector still did not have any time for the delegation.

The next day they went to see the municipal Commissioner Ashok Jain, but he too refused to accept their memorandum. The chairman of the municipality Mr. Kamlesh Dosi, who belongs to the BJP, tore up the memorandum and asked them to forget about toilets and instead get ready for eviction. The next morning, the same Commissioner was at the Kachchi Basti to instigate his men against Zafar. Zafar’s young school-going daughter Sabaz remembers him telling his men, ‘Maaro isey, bahut neta banta hai ye’ (Thrash him, he thinks he is a big leader)!

Rajasthan CM Vasundhara Raje who never bothered to condemn the lynching of Pehlu Khan felt compelled to react to the Pratapgarh incident. But the widely condemned lynching became just a case of an ‘unfortunate demise’ in the CM’s tweet. The post mortem report says Zafar had died of cardiac arrest and the government is invoking it to present the incident as a ‘normal occurrence’. In fact, a short video clip is now being shown to present Zafar as the aggressor (without resolving the mystery as to how the ‘aggressor’ lost his life in the process), and the Commissioner filed a complaint against Zafar for obstructing officials discharging their duty!

Meanwhile, the administration is also trying to silence the family with a Rs 2 lakh compensation offer, but Zafar’s wife Rashida has rejected it insisting on nothing short of justice. The official overtures of condolence and compassion are accompanied by physical threats of abduction and murder. Rashida and her daughters and the people of the Kachchi Basti refuse to be cowed down by this intimidation, and remain firm on the core demands: action against Zafar’s killers and instigators, regularisation of the entire Kachchi Basti and construction of toilets for all and a ban on harassment and humiliation of poor people in the name of Swachh Bharat Abhiyaan.

As every defender of democracy and rule of law cries out for justice for Zafar, there are two core issues that confront us all across the country. Lynchings are fast becoming a hallmark of BJP rule in the country. From Jharkhand in the East to Rajasthan in the West, we have witnessed a spate of lynchings in recent months. Human rights activists of Rajasthan point out that the lynching of Zafar marked the tenth incident of its kind in the state – two years before Zafar, Abdul Ghaffar Quraishi was stoned to death by ‘gau goons’ in Nagaur on May 30, 2015. Under Modi and his CMs in state after state, both extra-judicial repression and lynch mob violence are becoming an everyday reality in large parts of the country. India cannot brook this growing travesty of constitutional democracy. Zafar’s martyrdom beckons us all to stop the lynchings by all means.

Zafar gave up his life fighting for the dignity of women and the oppressed people for whom even the Swachh Bharat Abhiyaan has become another vehicle of social oppression and humiliation. The Modi government never tires of citing Gandhi as the source of inspiration behind its flagship Clean India campaign even as Amit Shah describes Gandhi as a ‘chatur baniya’ (shrewd trader). But did Gandhi ever advocate shaming and stoning people who are compelled to defecate in the open? For Gandhi, it was always leadership by example and in his Sabarmati Ashram, which ironically observed its centenary the day after Zafar was lynched, he laid as much emphasis on cleaning one’s own toilet as on spinning yarn and various acts of manual labour. Instead of promoting toilet use by setting examples of toilet construction and toilet cleaning, the Swachh Bharat Abhiyaan uses all kinds of coercive techniques and makes a complete mockery of the dignity of the poor and deprived people.

It is this element of coercion and violence against the poorest and most vulnerable which lies at the heart of the entire gamut of Sangh-BJP campaigns – whether they are built around explicitly sectarian divisive issues or are undertaken ostensibly in the name of ‘development’. Even the campaign ads released by the government featuring Amitabh Bachchan, the most prominent brand ambassador of the campaign, quite approvingly show such coercive techniques like throwing stones at people defecating in the open.

The Pratapgarh incident also brings to the fore another ominous aspect of the BJP’s political gameplan – using sanitation workers as cannon fodder in this coercive strategy. The Sangh-BJP establishment is desperately looking for ways to reverse the potential of Dalit-Muslim unity highlighted by the Una resistance. We saw this sinister attempt in Saharanpur and now once again in Pratapgarh.

Behind the self-congratulatory propaganda of Swachh Bharat, the government continues to deny sanitation workers their basic rights and dignity. At a time when sanitation workers are getting organised across the country and waging inspiring struggles to secure their due, we cannot allow the Sangh-BJP regime to drive a wedge among Dalits and Muslims and pit the victims of the Manuvadi order against the victims of communal violence and deprivation. Every defender of freedom, justice and human dignity must therefore speak up against the lynching of Zafar and foil the conspiracy to use sanitation workers as tools of coercion against the common people. Democratic India shall not be cowed down by mob lynching and acts of coercion whether in the name of ‘nationalism’ or ‘development’. We shall fight, we shall win.