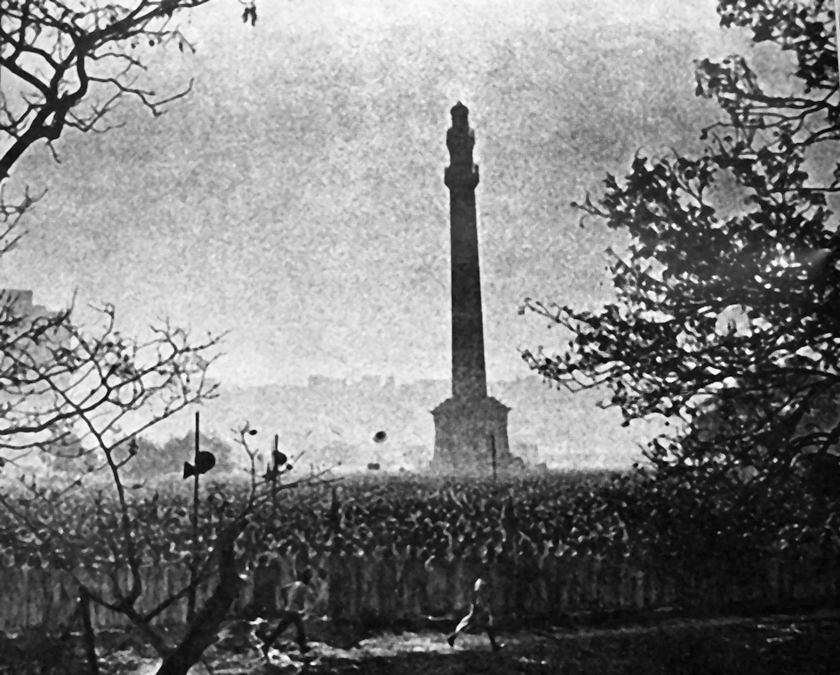 May 25 2017 marks the 50th anniversary of the great Naxalbari uprising, the uprising that had begun in the foothills of Darjeeling as a militant peasant movement for land and tenancy rights and gone on to spread like a prairie fire across the country. For the first time since 1947, the call of revolution rent the air, the oppressed began to rise in revolt and urban youth fanned out in rural India to fight shoulder to shoulder with the landless rural poor. Independent India had never experienced such social churning and political rupture. The slogans were so direct and forceful, the forms of struggle so provocative and the spirit so rousing that Naxalbari soon became a household name standing in total and direct opposition to the existing social and political order and the authority of the state.

The quest for a revolutionary change found significant support among the oppressed rural poor and among students and intelligentsia in many parts of India. Large sections of communist revolutionaries rallied around the new Communist Party that emerged from the uprising, determined to carry forward the energy created by Naxalbari. But it was pitted against the might of the Indian state and found little support from the balance of social and political forces. The situation which seemed initially favourable for a revolutionary high tide, too, turned adverse with Indira Gandhi consolidating her political grip following her twin victories in elections and in the Bangladesh war.  Under these circumstances, the Indian state managed to crush the movement by unleashing severe extra-judicial repression.

But the brutal suppression of the first phase of the Naxalbari movement could not stop it from resurrecting itself again and again. Even as the movement lost its steam in Naxalbari and adjoining areas, it spread and struck roots in various parts of the country. If Naxalbari was known fifty years ago for igniting the revolutionary dream, today it has become synonymous with the never-say-die spirit and the tremendous tenacity and resilience of the revolutionary movement. The first phase of the movement had trained its focus only on a few direct forms of struggle, but the resurrected movement has made its presence and strength felt in almost every arena of popular mobilisation and assertion including a modest degree of electoral success in a few states.
The Communist Manifesto asked communists to represent and take care of the interests of the future in the struggles of the present. Reconciling the ultimate and the immediate, the strategic and the tactical, the total and the partial, the primary and the auxiliary– in short, revolution and reform, has thus been a major challenge for every communist movement in every phase and every country. In the heat and intensity of the first phase of the Naxalbari movement, it was difficult to make these distinctions, a task which is perhaps always reserved in history for subsequent generations who learn as much from the mistakes and failures of the pioneers as from their successes and vision. In the course of the last five decades, the rejuvenated CPI(ML) has never hesitated to learn from its own mistakes.

We must understand that the ruling classes rule not just by means of repression but also by imposing their ideas on the people. In these fifty years, Naxalbari has not only had to face brutal repression, it has also had to face constant disinformation and demonization by the ideologues and propagandists of the ruling classes. They have manufactured a certain perception about Naxalbari by equating it with terrorism, anarchism and mindless violence. We must take this battle of perception seriously and concentrate on countering the ruling class propaganda of malicious lies with bold and popular articulation of our revolutionary ideas. The idea of challenging every oppression and injustice with mass resistance, the idea of defining patriotism in terms of the interests of the people and not in terms of ruling class interests camouflaged as national interests, the idea of developing class struggle to the level of timely initiative and effective intervention in the interest of people’s assertion on every question of democracy and justice – these are the cardinal ideas of Naxalbari that today have begun to resonate in every sphere of popular protests and struggles.

Fifty years after Naxalbari, today the movement faces another critical juncture in the life of the Indian people. The repression unleashed in the name of combating Naxalism in the 1970s had led to the expansion and institutionalisation of state terror and autocracy, culminating in the dark days of the Indira Emergency. Today democracy in India is once again under attack, this time from the extreme right which is seeking to bulldoze India under the twin wheels of corporate plunder and communal violence. And to this end, they are waging a vicious ideological and physical war against the communist movement, and against the radical potential of developing people’s struggles. As inheritors of the revolutionary legacy of Naxalbari, we must resist this attack by intensifying the struggles of the people and carrying forward the revolutionary message of Naxalbari to every part of India.