(Excerpts from a piece by Vinod Mishra, Deshabrati, September 1990) 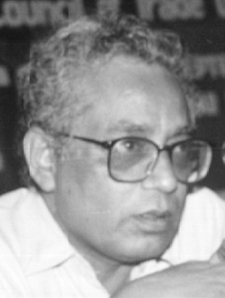 Naxalbari means the beginning of a revolutionary political stream in national politics based on this peasant awakening. Naxalbari did not mean just fulfilling a few economic demands of peasants on a local basis. Those who wanted to create an alternative political stream in hills and jungles based on “red army and base areas’ all failed to do so. Now, it is not politics that controls the gun in those areas, on the contrary it is the gun that is running politics.

Naxalbari does not mean a victory in any abstract struggle between Marxism and revisionism, armed struggle and parliamentary path. But this is what petty-bourgeois revolutionism takes it to mean, which is why it thinks that Naxalbari can be recreated any and every where through revolutionary zeal and a handful of basic Marxist tenets. …
Naxalbari’s roots lie deep in the contradictions of the social structure of rural India, with the long history of peasant struggle, the continuity of Tebhaga-Telangana behind it. Behind Naxalbari is the process of protracted struggle between the two contending tactical lines in India’s communist movement. In a specific political conjuncture this resulted in the Naxalbari uprising. To understand Naxalbari, we need to understand all this.

Will the democratic revolution be completed by the awakening of the mass of toiling peasants, or will the initiatives of the peasant masses be cooled off in the interests of a united front with one or the other section of the capitalist class? These two mutually contradictory tactical directions contended within the party for a long time. In 1967, in a particular conjuncture, this struggle reached its height – when the ruling Left-led coalition government tried to repress a peasant uprising and Comrade Charu Mazumdar and other revolutionaries came forward to lead the uprising.
It was not possible for Naxalbari to compromise or retreat because it was the harbinger of a new revolutionary path. The first revolutionary campaigns always aim for a final resolution and these are the campaigns that make history. The options of taking two steps back to balance some tactical issues are reserved for future attempts. …Just as history never repeats itself in the same way twice, likewise the rebirth of a great movement never takes on its exact older form.

Only Naxalbari’s essence – that is, the awakening of the peasantry – can take the democratic revolution forward. The dream of achieving democratic reforms by making united fronts with one or the other section of the capitalist class is outright betrayal – this fact is true even today. The question is how to assert this essence in new forms of organization and movement to keep pace with developing circumstances.

Holding high the revolutionary banner on the basis of the mass awakening of the peasantry; raising the slogan of independent left assertion as opposed to tailing behind the capitalist class in the name of a secular front; and asserting the concept of extreme opposition in parliamentary struggle – it is in these ways that we are asserting the essence of Naxalbari and taking forward the struggle between two mutually contradictory tactics.