Resolution on 50 Years of Naxalbari 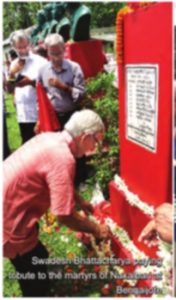 On the occasion of the 50th anniversary of the historic Naxalbari uprising, the Communist Party of India (Marxist-Leninist) (Liberation) salutes the innumerable martyrs of the communist movement in our country, rededicates itself to the cause of the Indian revolution and calls upon the heroic people of India to strengthen the pluralistic culture and communal harmony of India and intensify the ongoing resistance to the growing fascist offensive of the far right communal forces currently in power.

We salute the chief architect of the Naxalbari movement and the founding leader of CPI(ML), Comrade Charu Mazumdar and all other key leaders of the first phase of CPI(ML) – Comrades Saroj Dutta, Sushital Roy Chowdhury, Suniti Ghosh, Souren Bose, Chandra Pulla Reddy, Panchadi Krishnamurty and Nirmala Krishnamurty, Adhibhatla Kailasam, Dr.Chaganti Bhaskar Rao, Appu, Balan, A Verghese, Ch. Tejeshwar Rao, Baba Bujha Singh, Daya Singh and dozens of other leaders in different parts of the country who led the movement with exemplary courage and commitment in the face of all odds. We salute the organisers of the Naxalbari movement Comrades KanuSanyal, JangalSanthal, KhokanMazumdar, Keshav Sarkar, Sobhan Ali, Tribeni Kanu, Babulal Biswakarmakar and others who had built up Naxalbari with their sustained, painstaking work. We salute martyr Comrade Subbarao Panigrahi, the balladeer of the Naxalbari movement, and all other poets, writers and singers who carried the message of Naxalbari to every corner of the country through their revolutionary cultural creations.

We honour the memory of Comrades Dhaneswari Devi, Sorubala Barman, Sonamoti Singha, Simashwari Mallick, Nayaneswari Mallick, Samashwari Saibani, Gaudrau Saibani, Phulmoti Singha, Khar Singh Mallick and two children who died in police firing on 25 May 1967 and the countless martyrs of the Naxalbari movement – the courageous women and men from the poorest and most oppressed sections of peasant, Dalit and adivasi communities; the generation of young students who plunged into the peasant uprising braving custodial torture and killings, and the many leaders of the first generation of the ML movement who were martyred in confrontations with the brutal state machinery or in cold blooded custodial killings. We also remember and honour all those who helped rebuild the party and the movement in later phases, keeping the standard and spirit of Naxalbari and its successor, Bhojpur, flying high even as they responded to changing situations and new challenges. We will always cherish the revolutionary legacy of Comrades Jauhar, Vinod Mishra, Nagbhushan Patnaik, Master Jagdish, Ramnaresh Ram, Mahendra Singh, Anil Barua and other leaders of the reorganised CPI(ML).

The Naxalbari movement inherited the legacy of the great communist-led peasant uprisings of pre-Independence India and marked the first comprehensive revolutionary attempt in post-Independence India. It brought to a decisive head a long-standing programmatic debate in the Indian Communist movement, and put the agrarian question and poor peasantry in the driving seat of India’s democratic revolution.

The Naxalbari movement resonates with tremendous relevance for the challenges India faces today. The great peasant uprising inspires peasant resistance today in the midst of the severe agrarian crisis that is claiming the lives of lakhs of India’s farmers. The Naxalbari movement was the first movement after India’s freedom struggle where thousands of students and young communists plunged headlong into the revolutionary effort to liberate India’s most oppressed people.

The Naxalbari movement confronted the State at its most brutal, and in many ways the savage suppression of the Naxalbari uprising presaged the imposition of Emergency all over the country. Today India needs the radical energy of Naxalbari as it faces the daily assaults on people’s rights and freedoms by the forces of Sanghi fascism who rule the country.

The State and right-wing propaganda tries to equate Naxalbari with terrorism and mindless violence. Just as the attempts to strangle Naxalbari at birth through violent state repression failed and the essence and spirit of Naxalbari continued to resurrect itself again and again, the attempts to tarnish Naxalbari’s heroic legacy are also doomed to fail. It is Naxalbari’s legacy of uncompromising resistance, of people-first patriotism, inherited from the legacy of 1857, Gadar movement, Tebhaga and Telangana, and great martyrs like Bhagat Singh, Ashfaqullah, Chandrasekhar Azad and others that is the most robust line of resistance to today’s fascist threat and the most inspiring and vibrant democratic assertion of India’s people.  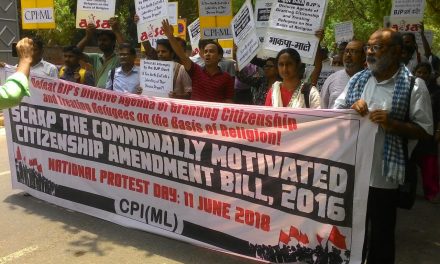 A Note On The Citizenship Amendment Bill (2016) 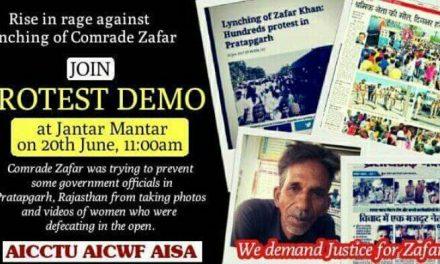