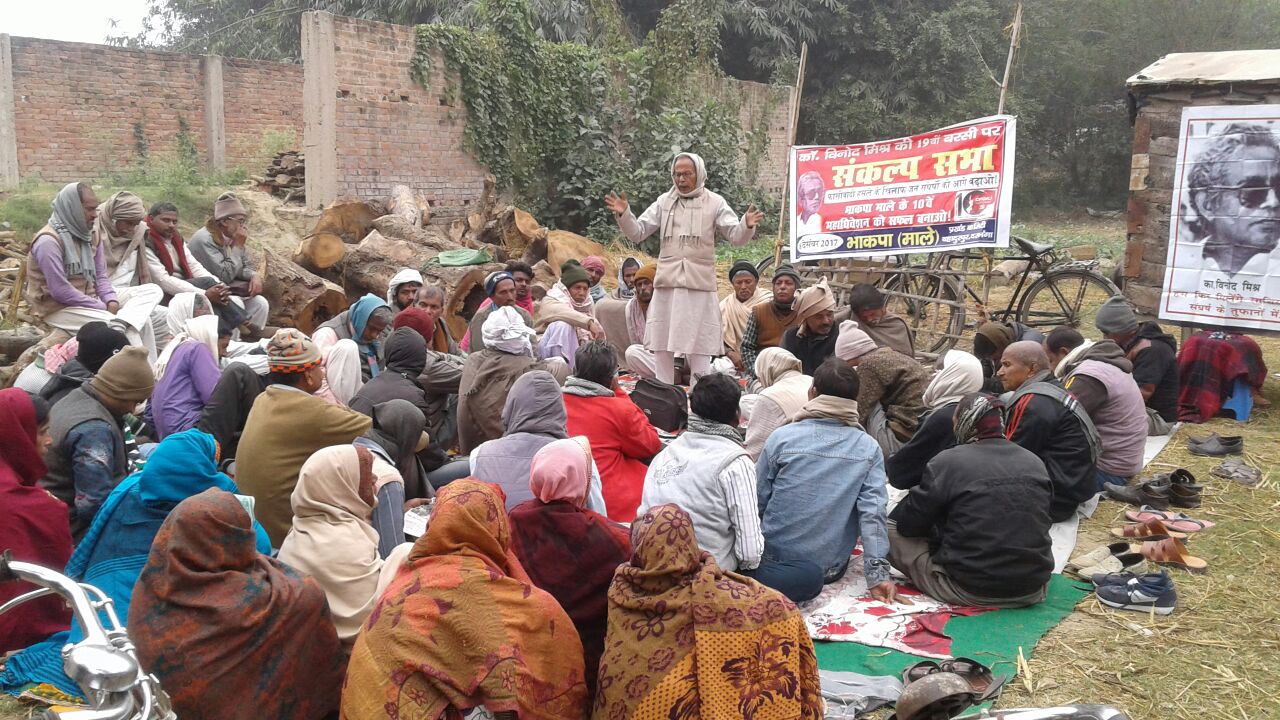 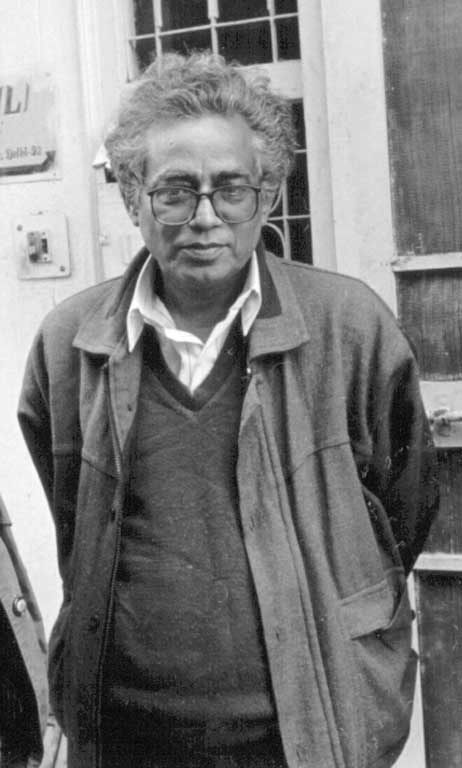 On 18 December 2017, CPI (ML) cadre remembered Com. Vinod Mishra on his 19th death anniversary and paid him tributes. In several party offices, comrades gathered to pay tributes to Com. Vinod Mishra and resolved to carry forward his revolutionary legacies. On this occasion the pledge issued by the parties central committee was read out aloud. The pledge called the party members to take forward the people’s resistance against the fascist offensive and also to work towards making the 10th Congress of the CPI (ML) a grand success. It affirmed that “Strengthening of the communist movement and other progressive democratic trends alone can create the ideological-political foundation for an effective resistance against the fascist forces. This is the legacy of Comrade VM which we must boldly uphold at this crucial juncture of Indian politics”.

In Bagodar, Jharkhand, the day was observed as Sankalp Diwas and a cadre convention was organised in Shaheed Mahendra Singh Bhawan. The convention was chaired by Com. Manoj Bhakt. The convention began with RYA leader Com. Sandeep Jaiswalreading out the pledge. The main speaker on the occasion was CPI (ML) General Secretary Com. Dipankar Bhattacharya. He said that defeating fascism was the need of the hour and we must defeat this fascism to ensure that India wins. Only the left can fight a determined battle against fascism. At the present juncture, the Constitution of the country is in danger. Though BJP may have won in Gujarat, but in contrast to the Lok Sabha elections, the people have not shown the same support to BJP. This is the reason that leaders like Jignesh Mevani and Com. Rakesh Singha of CPI (M) have won in Gujarat and Himachal Pradesh respectively. The year 2018 will be an year of people’s movements, In 2019, the red flag will fly again in Koderma. The central government led by Modi is working for Adanis and Ambanis. In fact they are about to bring a bill which will make people’s money in the bank unsafe. People’s anger against the government and the BJP is rising which is being reflected in the number of farmers, workers, students, dalits, women and minorities on the streets.

The former MLA from Bagodar and party’s CC member Com. Vinod Singh said that the Raghuvar government had misused people’s money in the name of ‘Momentum Jharkhand’. The government has also deceived the youth of the state in the name of local policies. The plan to link Aadhar Card with various services is also to provide benefits to the big companies. Money of several pension holders and para teachers has gone into the accounts of Airtel. CPI (ML) MLA from Dhanwar, Com. Rajkumar Yadav said that the Raghuvar Das government is snatching the rights of the poor. Six people have died of hunger in the state. There is tremendous rage against the government among the farmers, Dalits, minorities, students and youths. There is a need to mobilise and channelize this anger. In the coming days CPI (ML) will intensify the movements against the anti-people policies of the government. As a part of this campaign, a ‘Gaon Chalo Abhiyan’ (Go to the villages campaign) will be undertaken from 22- 29 December. The convention ended with appeal to the party cadre to intensify the preparations for the 10th party Congress and for Com. Mahendra Singh’s Martyrdom Day (Shahadat Diwas).