On 17 January, nearly sixty lakh scheme workers came out on streets in demonstrations, rallies and dharnas at district headquarters across the county and submitted memorandum addressing the Finance Minister through the district authorities. As per the decision of the Mahapadav of workers held on 9-11 November 2017, the Central Trade Unions had given the call for a one day strike of all ‘scheme workers’ to press for the following demands: 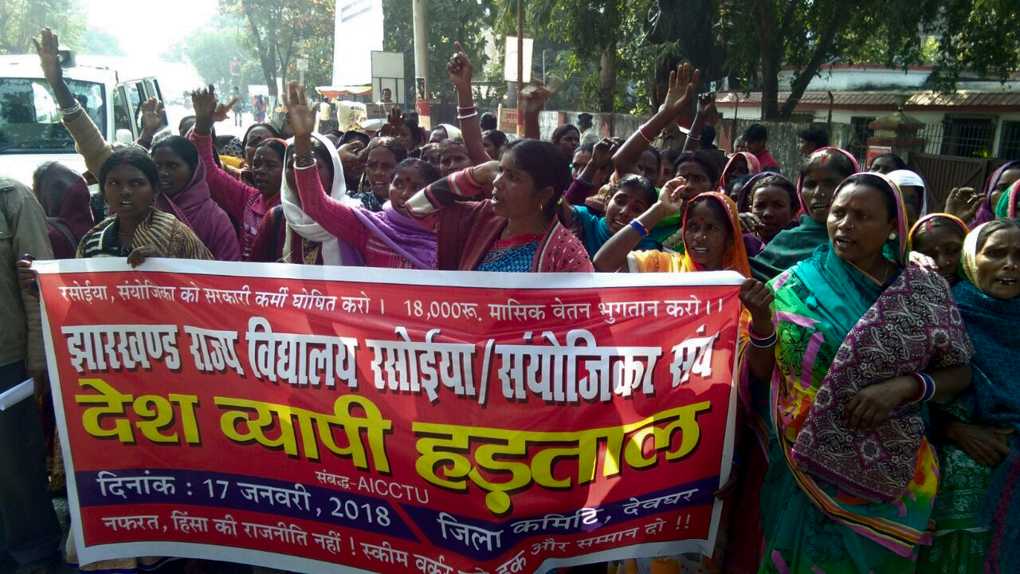 2. Adequate financial allocation in the Union Budget 2018-19 for the Centrally sponsored schemes including ICDS, MDMS, NHM, SSA, NCLP etc to ensure increase in wages for the workers to the level of minimum wages and universalisation of the schemes with adequate infrastructure and quality services.

3. No privatisation of the schemes in any form and no subversion by way of cash transfer or exclusion of beneficiaries. 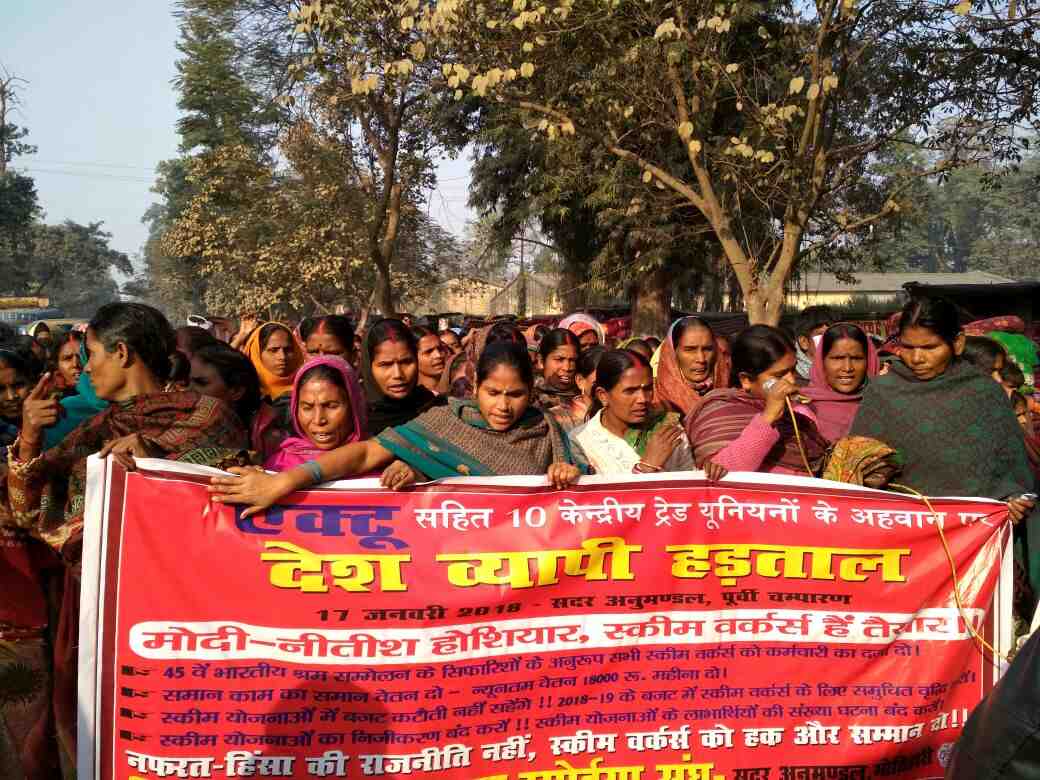 Nearly 60 lakh Scheme workers including anganwadi workers and helpers, mini anganwadi workers, ASHA workers, Mid Day Meal workers, NCLP teachers, small savings agents, workers under SSA, NRLM, MNREGA field assistants, par teachers, etc went on strike. The strike was a total success in spite of the threat by the various governments. In many states the workers were threatened with retrenchment and wage cut of one week to a month wages for a one day strike. In Telengana one DRDO issued notice to the NREGA field assistants that their strike is against the sovereignty and integrity of the Nation! Apart from this the BMS, which has totally surrendered to the Modi government, has also tried to misguide the workers. 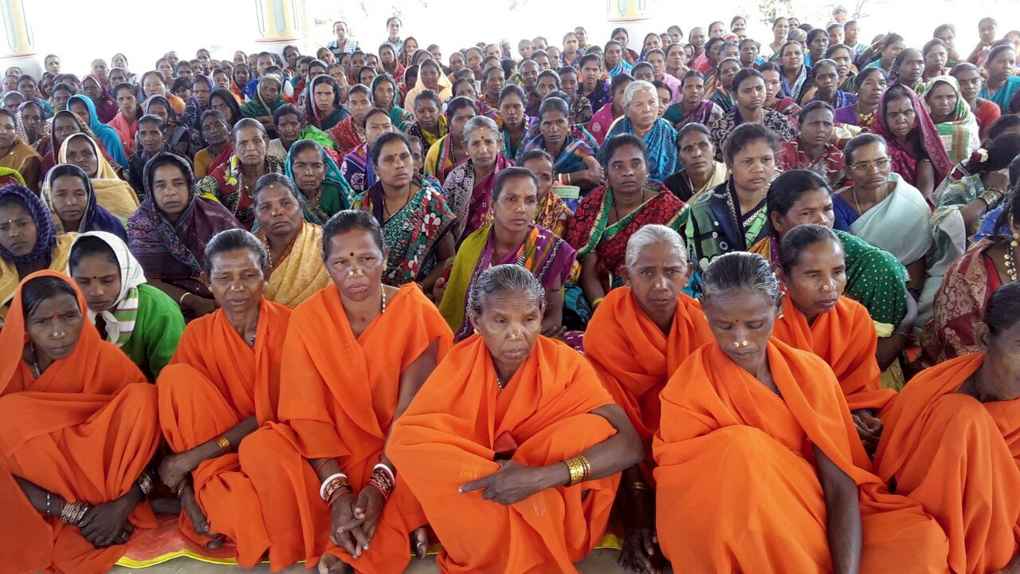 But the scheme workers belonging to the central trade unions, independent unions and even non unionized workers took part in the strike and also came out in demonstrations in Assam, Arunachal Pradesh, Bihar, Chhattisgarh, Delhi, Goa, Gujarat, Haryana, HP, Jharkhand, J&K, Karnataka, Kerala, MP, Maharashtra, Manipur, Meghalaya, Odisha, Punjab, Pondicherry, Rajasthan, Tamil Nadu, Telengana, Tripura, UP, Uttarakhand and West Bengal took part in the strike. In Andhra Pradesh the strike will take place on 23 January. In various places the scheme workers held demonstrations in front of the camp offices of ministers of the Modi Government. In Karnataka, the scheme workers are having a 24 hours Padav in front of the four central ministers from the state.

In Delhi, the scheme workers marched from Mandi house to Parliament Street. The workers broke through the barricade and marched to Parliament Street where they held a meeting. The march was led by leaders of central trade unions including Com. Dhirender Sharma (AITUC), Com. Shweta Raj And Com. Santosh Roy (AICCTU), Com. Manjeet, Rajender(HMS), and Comrades A R Sindhu, Usharani, Ranjana Nirula, Anurag Saxena (CITU). Later, the joint memorandum was submitted to the Finance Ministry. Addressing the protestors, Com. Shweta Raj (AICCTU) said that while on one hand the Modi government raises the slogans of ‘Beti Bachao, Beti Padhao’, its response to the conditions and demands of ASHA and Anganwadi and other scheme workers reveals its real mindsets. They are forced to work in humiliating conditions without paying them regular and proper wages. Scheme workers must be given the status of permanent employees with full wages and dignified working conditions.