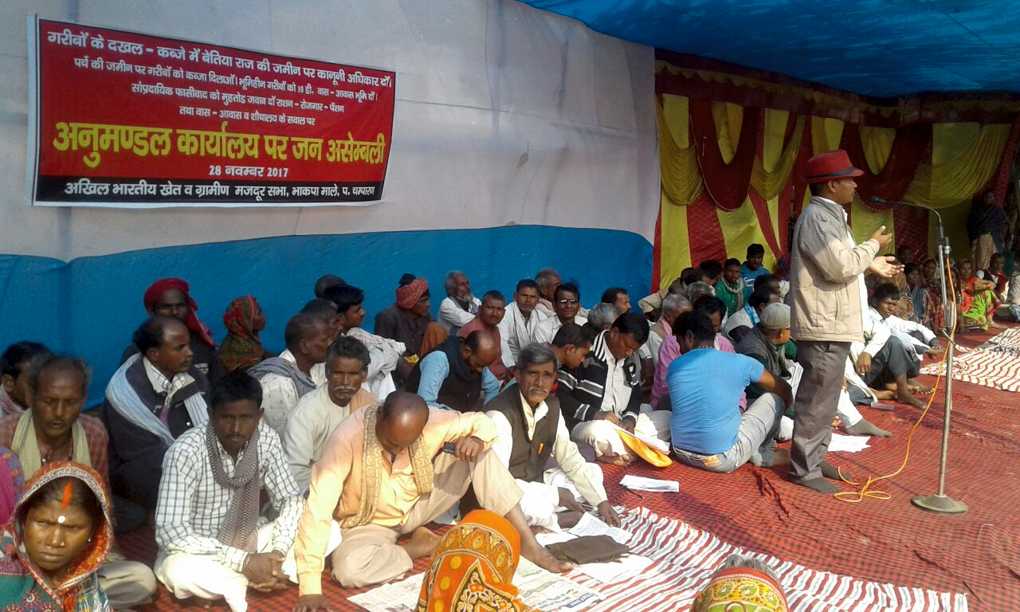 On Issues of Ration, Employment, Pension, Housing and Toilets

AIARLA organized Jan Assemblies (people’s parliaments) in many districts across the State against the insensitiveness of the government on issues of ration, employment, pension, housing and toilets. At these assemblies in Darbhanga, Samastipur, Beguserai, Nalanda, Champaran, Patna, Gaya and other districts, people alleged that they have not received pension for over one year; they also said that the poor are being denied ration in the name of Aadhar card. One woman in Darbhanga said that she does not have land or house, and asked how she was supposed to construct a toilet? She further said that her son’s income has been reduced to half due to demonetization, and they have not got ration or pension for months. Another woman lamented that expenditure far exceeds income which has gone down abysmally. 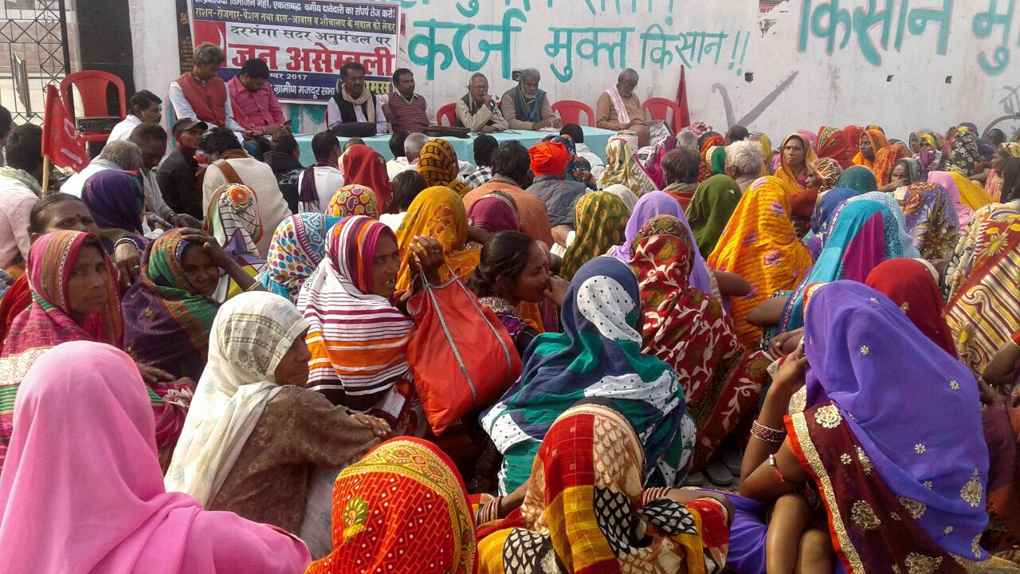 The Jan Assembly in Darbhanga was presided over by senior AIARLA leader and State Vice President Laxmi Paswan and conducted by District Secretary Prof. Kalyan Bharati. AIARLA General Secretary Dhirendra Jha addressed this huge gathering and said that the pro-rich policies and ‘development models’ of the Delhi and Patna governments are pushing the rural poor towards starvation and the farmer to desperation. Parliament and Assemblies have become cut off from the people. Constitutional rights are being snatched away from the poor and the Modi government is celebrating the erasure of 2 ½ crores of poor people from ration lists. The time has come for the rural poor, workers and farmers to organize themselves and challenge the government and force it to make workers and farmers, not Adani and Ambani, the focus of their development policies. The Modi government in Delhi and the Nitish government in Bihar are both fighting a war against the poor. When the pro-corporate GST was implemented they touted the words, “One nation, one tax”. But they are running away from the demand for the common man’s need of “One nation, one education system” and “One nation, one health system”. Today the poor are facing extensive ration-kerosene cuts in the name of Aadhar. Pension benefits for many are pending since the last 2 years. The poor are being humiliated in the name of toilets. The government is avoiding the issue of housing for the poor and the Bihar Assembly remains silent on this defrauding of the poor. The poor will not tolerate this anymore. 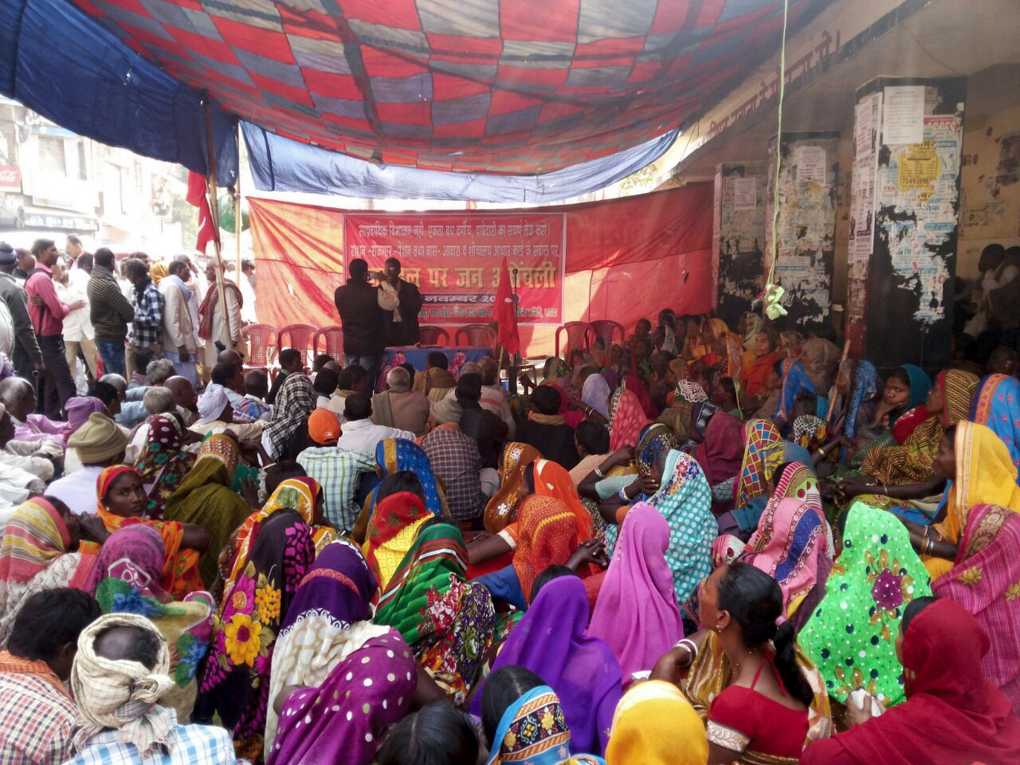 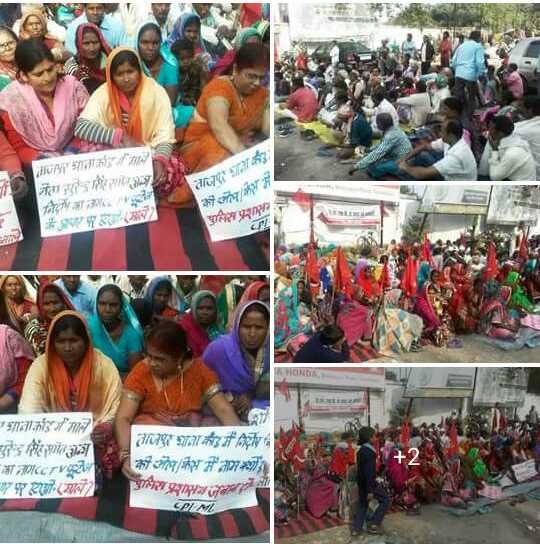 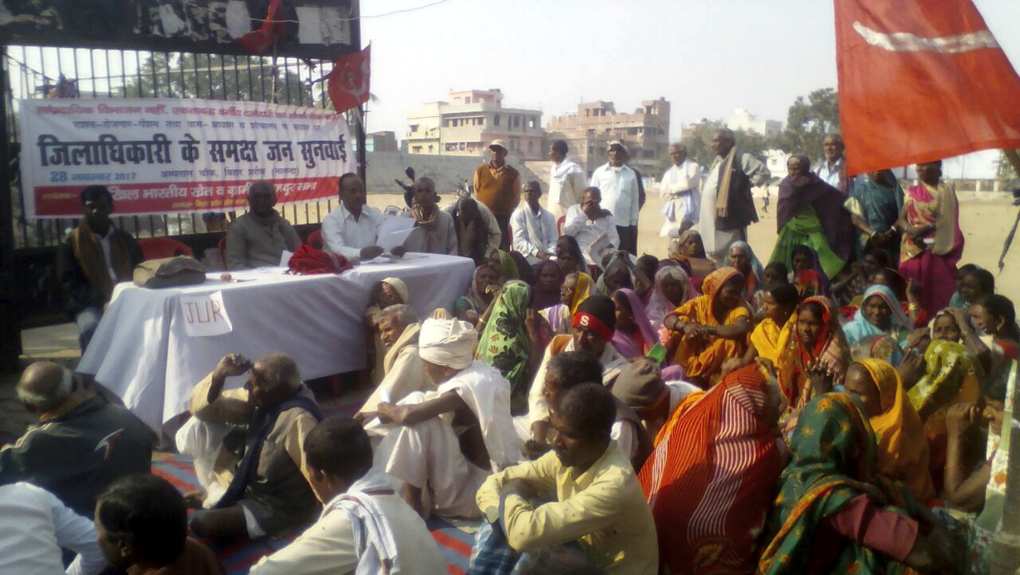 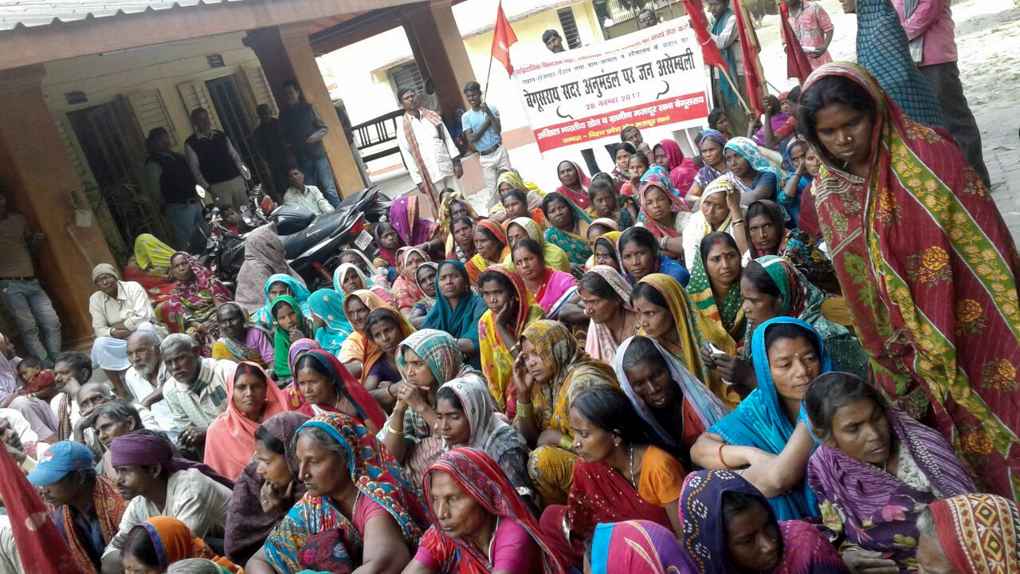 Addressing the meeting, State Committee member Abhishek Kumar said that we must sharpen and strengthen the people’s struggle on the issues of the poor. Senior leader RK Sahni said that the government is running away from giving flood relief and crop loss compensation. Prof Kalyan Bharati said that the poor are getting organized and if the government does not revoke the cuts in ration-kerosene, the struggle will be escalated and effigies of the Chief Minister will be burnt. Laxmi Paswan said that the poor must build a huge unity against the anti-poor governments at Delhi and Patna. 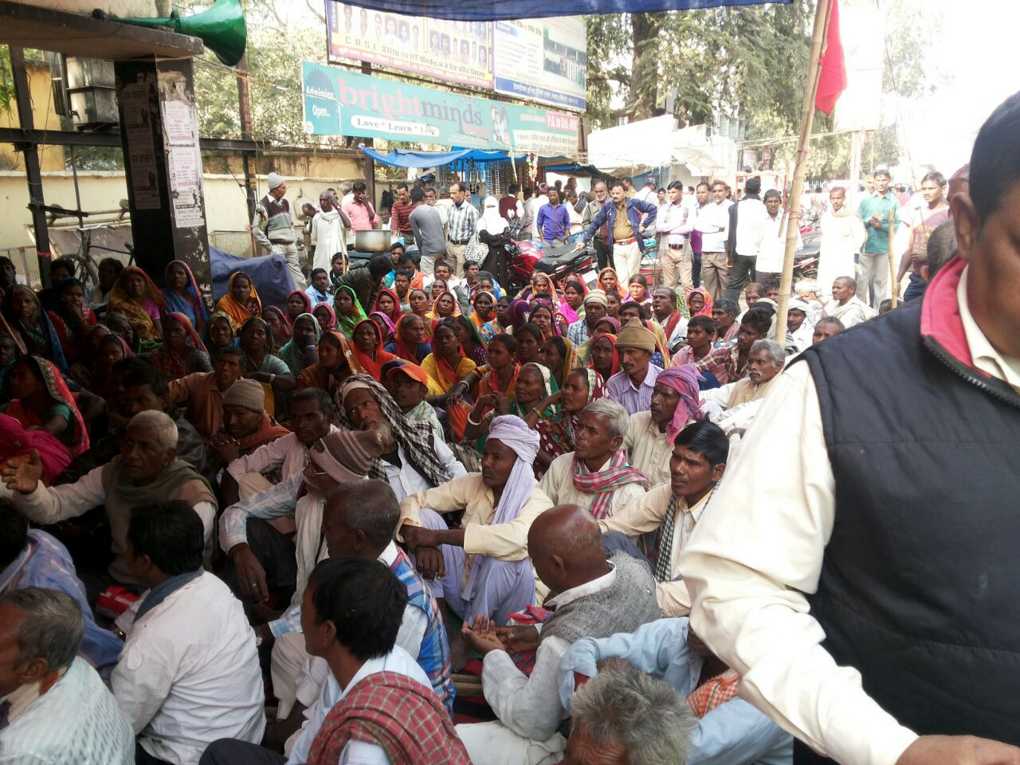 The Jan Assemblies at Champaran and Masaurhi were addressed by AIARLA President Virendra Gupta and State Secretary Gopal Ravidas respectively. AIARLA has decided that the people’s issues and resolutions emerging through the Jan Assemblies will be submitted to the Bihar Assembly Speaker, Chief Minister, and concerned Departmental Ministers. Tens of thousands of rural poor across the State participated in the People’s Assemblies and put forward their issues.

Apart from ration, employment, housing, pension and toilets, demands related to the following issues were also raised at the People’s Meetings: 200 days’ work and Rs 350 daily wage in MNREGA; 5 decimal land and pucca housing with toilets; guarantee of monthly ration-kerosene; parchas for people settled on the land and possession for parcha-holders; guarantee of sand clearance without delay; unemployment allowance for construction workers without work for 120 days.