On 1 February central trade unions in Bihar AITUC, AICCTU, CITU, INTUC, TUCC, AIUTUC, UTUC, AMU, along with many other organizations took out a rally against the anti-worker, anti-poor, pro-corporate Budget and burnt the effigies of PM Modi and FM Jaitley at Buddha Smriti Park, Patna. The central trade unions have been long agitating for a 12-point charter of demands including the following: creation of jobs and reduction of unemployment; regularization of contract workers in government work with Rs 18000 per month and Rs 3000 pension; scheme workers approved in the 45th Indian Labour Conference to be declared government employees; increase in budget and facilities for central schemes; roll back of 100% FDI in Defence, Railways, Banks, Insurance and other PSUs; end to pro-employer amendments in labour laws and strict implementation of labour laws; end modern slavery system in the form of contract labour system; and control skyrocketing prices. The central trade unions protested against the Budget which has given no place to these issues and burnt the effigies of the Prime Minister and the Finance Minister. A joint rally was taken out which culminated in a meeting at the main gate of the Buddha Smriti Park. Slogans on the above issues were raised and the meeting was addressed by leaders from all the trade unions and organizations. The speakers pointed out that the Budget has increased the salaries of the President an MPs but has totally ignored all the demands of workers including more than 40 crore unorganized workers (ASHA, Anganwadi, Rasoiya and other contract-honorarium workers) for minimum wages, pension and regularization. The speakers called upon the workers and the poor to strongly oppose this anti-poor, anti-worker, pro-corporate Budget. 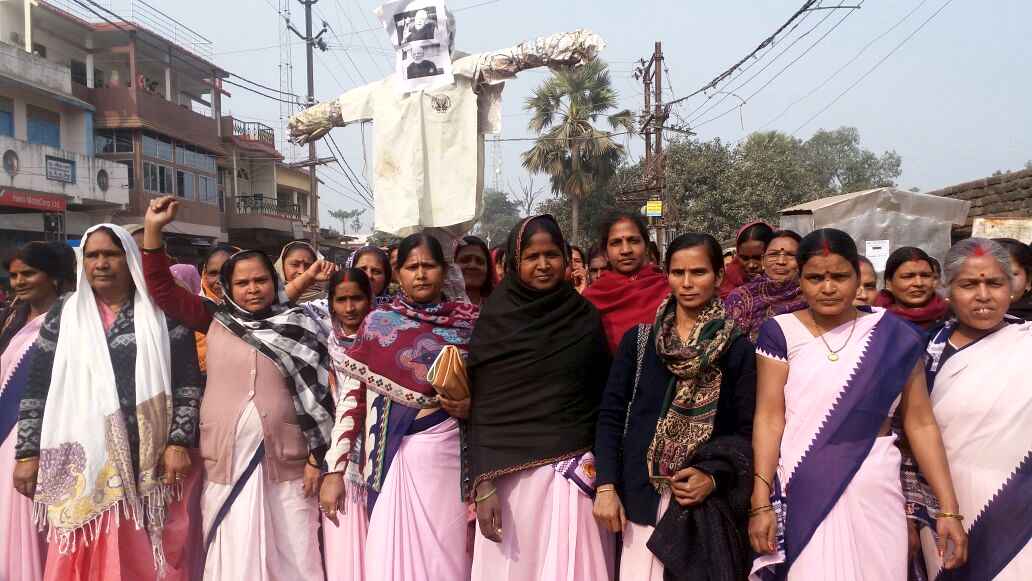 The CPI(ML) Bihar State Committee also called for statewide protests against Budget 2018 which is observed in all districts of Bihar.