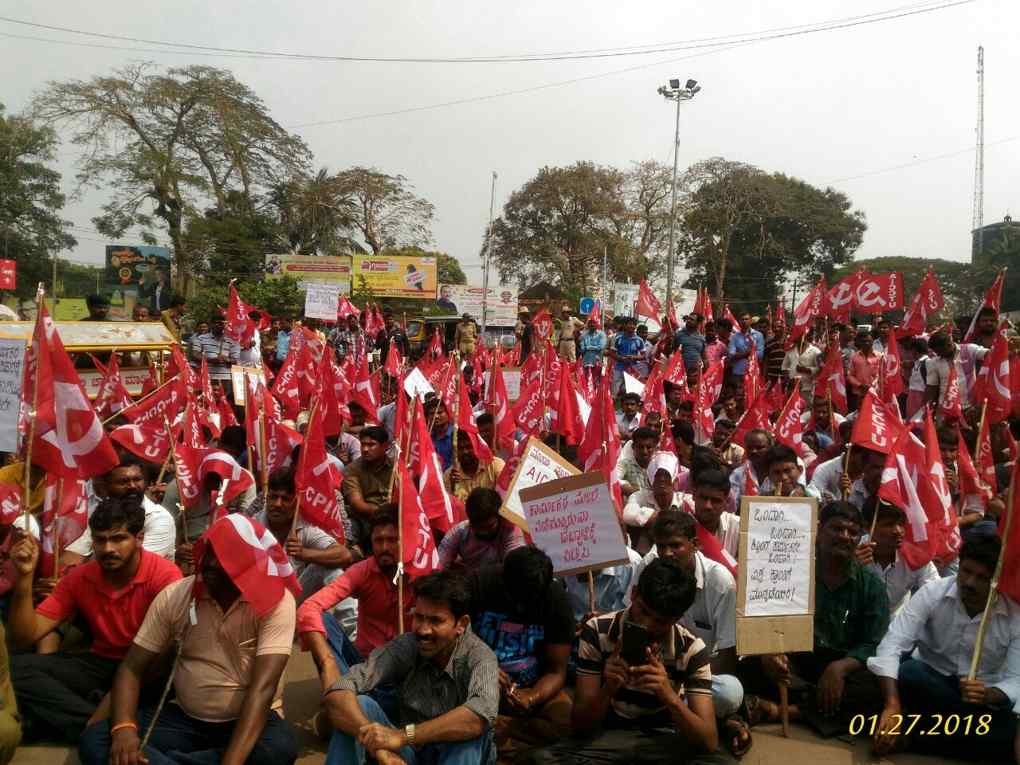 AICCTU and All India Port Workers Federation (AICWF) led shipping company workers began their indefinite strike on 29 January. Port operations suffered hugely and came almost to a grinding halt. Workers had assembled in front of Port Main Gate and marched towards the NMPT Chairman office seeking his intervention to fulfill the demands.

AIPWF Vice President V. Shankar has said that it is unfortunate that a strike had to be called for implementation of labour laws because, on the one hand, employers are so cruel and on the other hand, the grievance redressal mechanisms related to Mangalore Port are completely ineffective and non-functional. Semi-Slavery or semi-bondedness prevails right under our nose at NMPT and there is no mechanism to enforce laws. 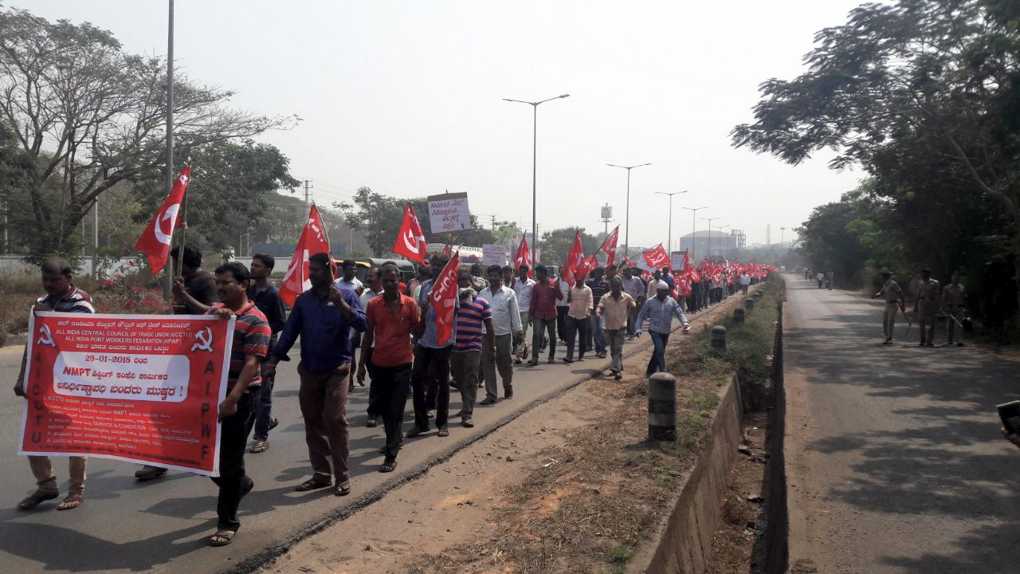 The workers are demanding streamlining of wages and service conditions of shipping company workers in New Mangalore Port; 3 year agreements to regulate the same; and the the NMPT to act as a watchdog for implementation of labour laws failing which the Chairman should cancel the license.

The strike is continuing till the writing of this report. The AICWF had held a bike rally earlier on 22 January to submit their memorandum of demands to the concerned officials. The port workers are rallying behind AICWF for their fight for the trade union rights, wages, and humane working conditions since last couple of years. This strike action manifests another high point of their resolve and solidarity.