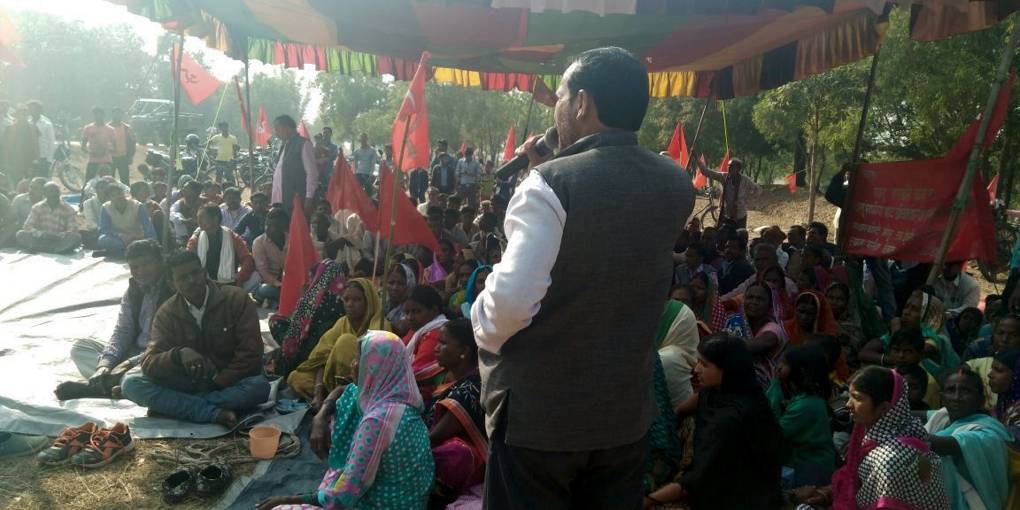 A one day dharna was organised in Tardiha village of Jamua block in Giridih district under the banner of CPI (ML) as part of the ‘Baalu Bachao, Mafia Bhagao’ (Save Sand, Ouster Mafia) campaign on 30 December 2017. The dharna aimed to warn the BJP government in the state to stop its attempts of looting the natural resources of land, forests and water. The Raghuvar Das government has established a system of loot throughout the state and if the administration does not take notice of the warning against this, CPI (ML) will intensify its campaign in days to come.

At the venue of the dharna, assurance was sought from the the Jamua CO and police station incharge that within 15 days FIR be filed against the sand mafia and the culprits be arrested. CPI (ML) leaders warned the administration that henceforth not a single truck carrying sand should be allowed to go to Bihar or UP. During the dharna, the protestors also strongly condemned the late night search operation conducted at the home of senior party leader Com. Rijho Mahto Bishanpura by the police station incharge of Jamua and Naudiha with full force strength during which Com. Rijho’s brother and children were beaten up and the door and other things in the house were broken. The protestors warned that if no action was taken against the officer responsible for this within 15 days, CPI (ML) will be forced to do a gherao of the station. The party leaders condemned the state administration for providing patronage to the land and sand mafia while targeting activists who were fighting against the loot of state’s resources. 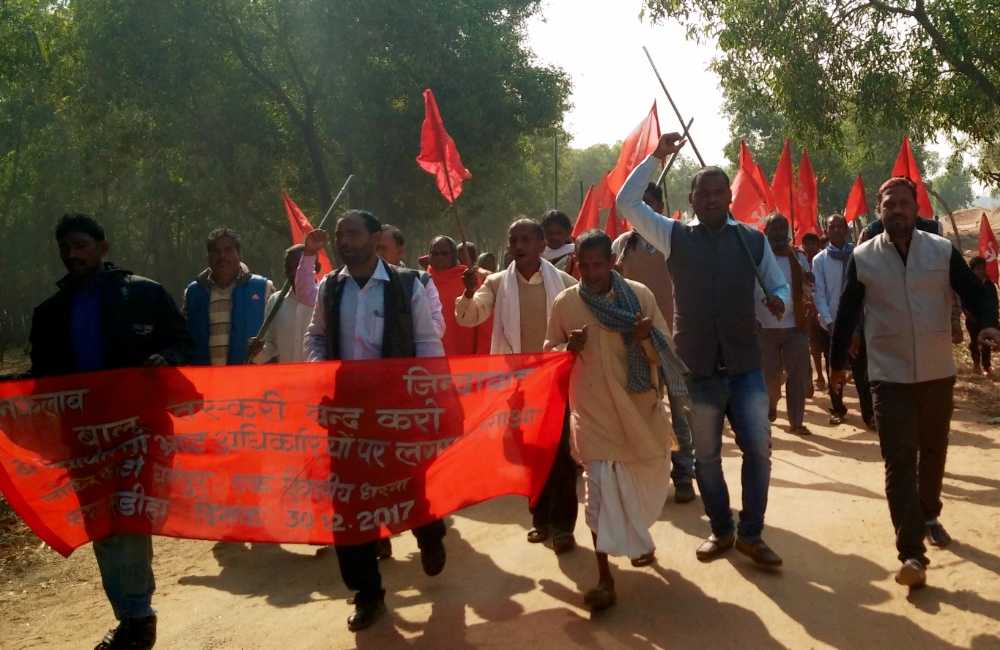