Protests were held against the neglect of long-pending rail projects in Mithilanchal and insufficient allocation of funds in the Union Budget 2018. On 5 February thousands of citizens under the banner of the CPI(ML) came out in Hayaghat (Darbhanga) and blocked rail traffic on the Samastipur-Darbhanga track. Janaki, Pataliputra Inter-City and other Express trains were jammed for hours. Train services were restored only after the Samastipur Railway Board officials arrived at the venue. 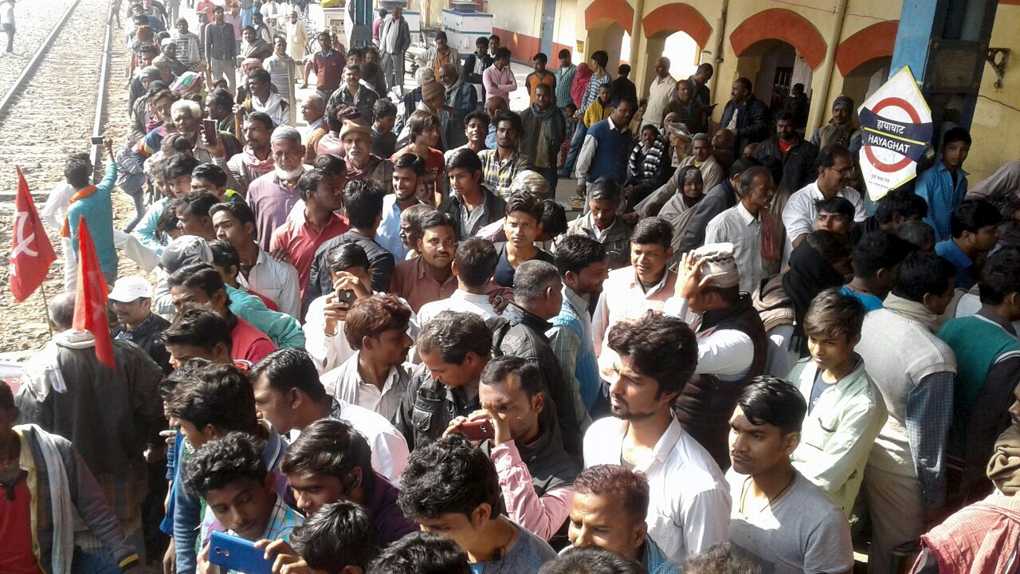 CPI(ML) Polit Bureau member and Mithilanchal in-charge Dhirendra Jha said that the Mithilanchal region is extremely backward but it has been allocated very less funds in the Budget. He pointed out that Jaynagar, Laukaha, Raksaul and other areas in this backward region touch international borders, but development work in these areas is negligible.
The CPI(ML) had submitted a memorandum to the Samastipur DRM prior to the Budget but the ‘assurance letter’ sent in response by the DRM has nothing concrete. On 31 January also protests on the issue of railway development had been held at many points in Mithilanchal including Laheriyaserai and rail traffic had been blocked.  The protests are on the issues of stoppage of trains, development of station complexes, Gumti over-bridge and neglect of Mithilanchal. Funds for sanitation, water, toilets, etc are also on the main agenda of the protesters. If the Railway Ministry does not speed up the pending projects, the agitation will be further strengthened.