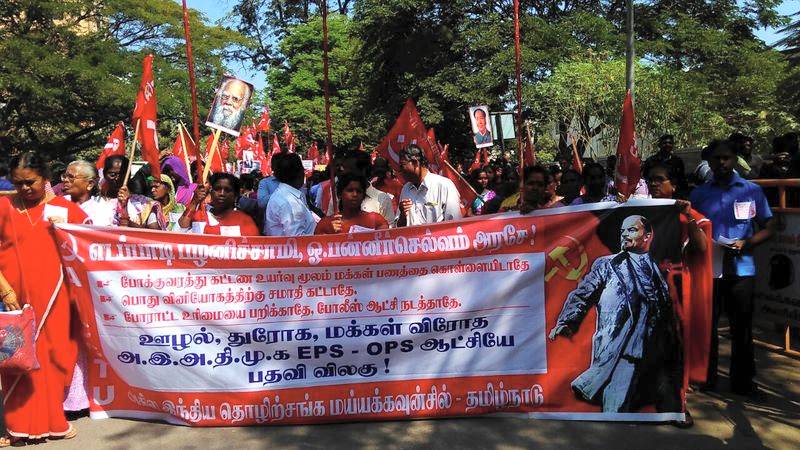 A very colourful rally with hundreds and hundreds of red flags, placards and banners was held in Chennai on January 31. The rally expressed its solidarity to the Free Pricol Two campaign. The rally demanded the government to withdraw the steep bus fare hike which was a part of the government’s neo liberal austerity measures as well as a double punishment for the state transport workers who waged a successful struggle in spite of court orders and for the people of the state who supported the strike. They also demanded that the government stops its efforts to weaken public distribution system.

Participants of the rally raised the demand for 8 hours work a day, 5 days week and lakhs of permanent, secure and dignified employment with monthly wages not less than Rs.21000 with varying DA. They also demanded immediate framing of rules (model standing orders) which are in conformity with the Tamil Nadu amendments to the Industrial Employment Standing Orders Act which will secure the interests of lakhs of non-permanent workers. Another key demand was equal pay for equal work to the contract workers and it demanded a law for recognition of majority trade unions through secret ballot. Demands to protect the interest of toiling peasantry were also raised in the rally. 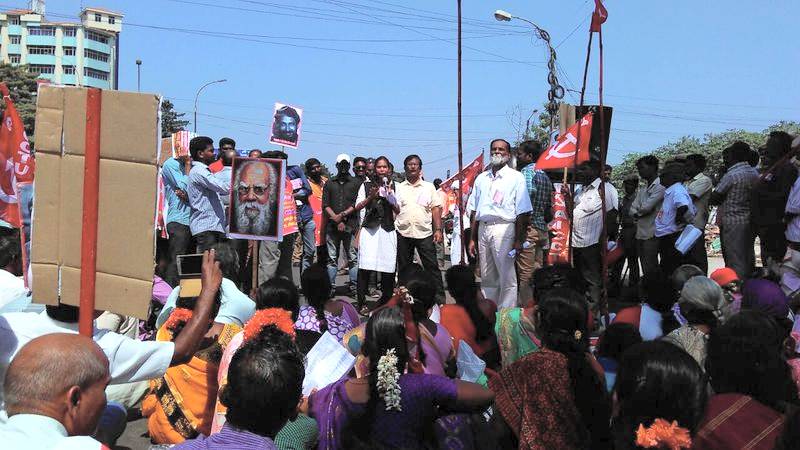 The rally came down heavily on the pro-corporate communal casteist Modi regime and it demanded resignation of anti-people dictatorial Palanichami government which has sold out the interests of the Tamil Nadu people on language, water rights, culture, food security and rights of the state. 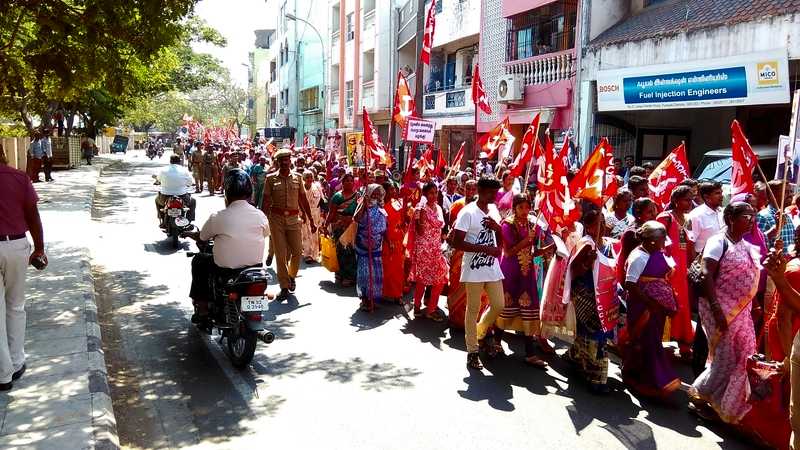 Rural workers from Tiruvallore, Cuddalore and Nagai complemented to the variety of the rally. Com.Balasundaram, State President AIARLA inaugurated the rally. RYA played a significant role in the rally and a substantial section of the rally was below 40.

Preparation work for the rally was carried on amidst the preparations for the AICCTU state conference which was held in mid-December, and signature campaign for jailed Pricol workers which has mobilised one lakh signatures. After the rally, a delegation comprising Comrades Bharathi, Jayaprakash Narayanan, Palanivel, A.Govindaraj and Com.Rajaguru, State President RYA went to meet the Labour Minister. The delegation met the Labour Minister and officials of the labour department for 45 minutes where they explained the demands. Labour Minister wanted some time to look into and study the demands. Our comrades asked her time limit and she agreed to one month’s time. Comrades Bharathi and Palanivel explained to the workers as to what transpired in the meeting with the Labour Minister and called for a bigger and more powerful struggle if the demands are not fulfilled. With a call for future struggles the rally concluded. 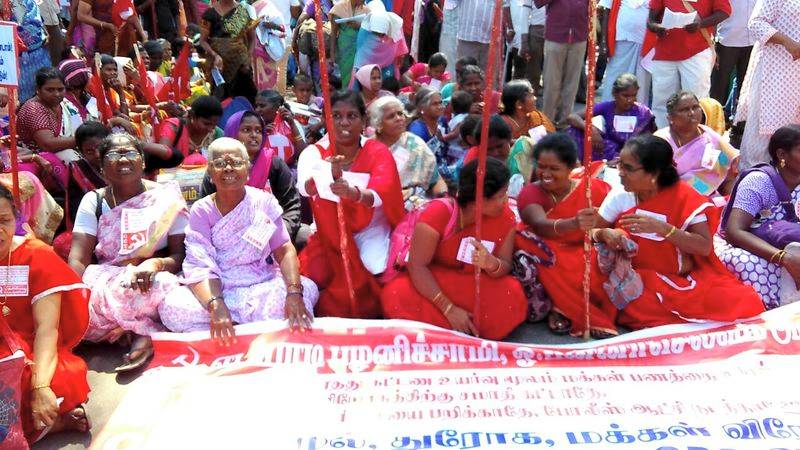