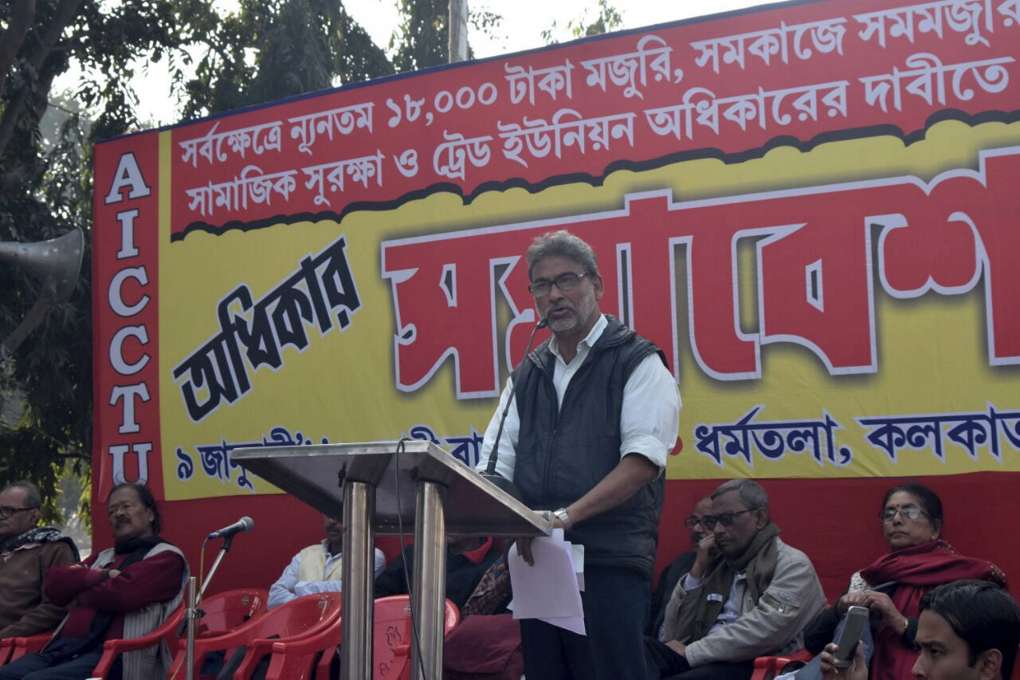 They came in thousands. They were the workers of closed mills – New Central, Gouripore jute mills, from Mohini mills, a unit of National Textile corporation, they came with their family members and participated in the rally with empty utensils as a symbol of their penury and starvation. Tea garden workers also came from Darjeeling district, defying the cold wave, voicing their fight for their minimum wage, which the Mamata Government has delayed declaring only to appease the tea barons. The construction workers, most affected after demonetization, jute workers with their demand of minimum wages participated in large numbers. ASHA-mid day meal workers also participated enthusiastically in the rally, defying threats by TMC people. The domestic workers were not behind. They also participated in the rally with their demand of recognition as workers and minimum wages which the state government refuses to accept. Minimum wages of Rs 18000, social security, trade union rights were the central slogans of the rally. Slogans against the corporate- and communal-fascist government of Modi and the anti-worker policies of the Mamata Government rent the air. 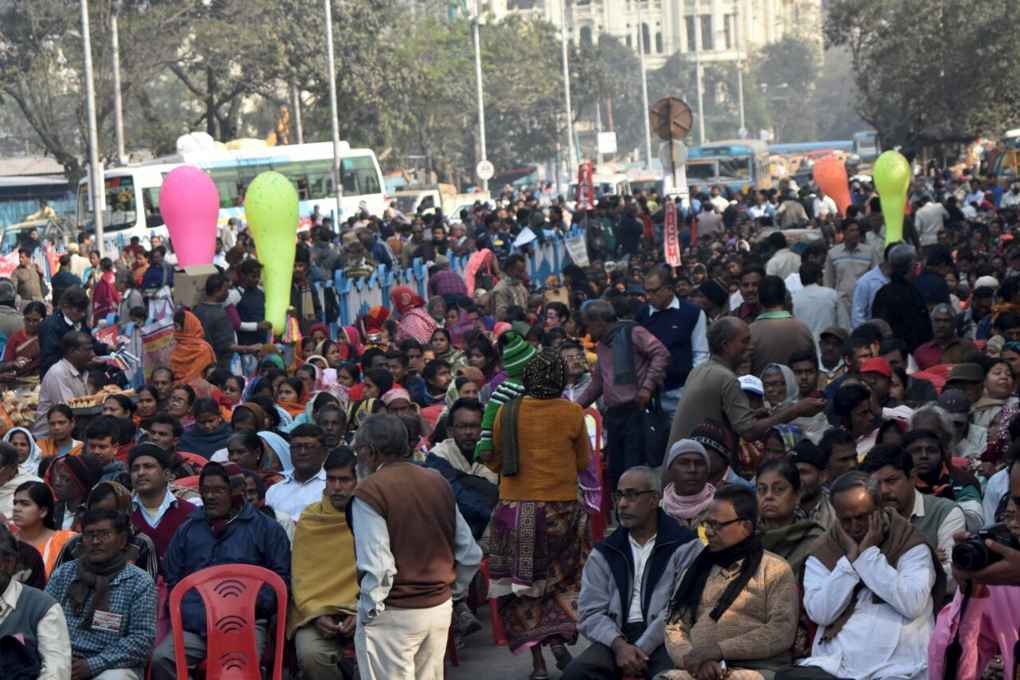 The workers of West Bengal State Transport Corporation also came to this rally – both contract workers, employed in perennial jobs but deprived off all statutory benefits and trade union rights, as well as permanent workers who have been denied off their legitimate bonus and retirement benefits.

The bidi workers, who are not getting their stipulated government-notified wages, the hawkers, the rickshaw pullers and workers from a large spectrum of unorganised sector jobs, as well as the organised workers, both permanent and contractual from Railways and Power also joined this rally. Women workers from different sectors were very visible in the rally. Agricultural labourers and rural workers under the banner of AIARLA also participated in this rally. On 5th January, 2018, a 6-member team of State AICCTU met the MIC Labour and submitted a memorandum. The Minister assured to fulfill some demands long raised by AICCTU.