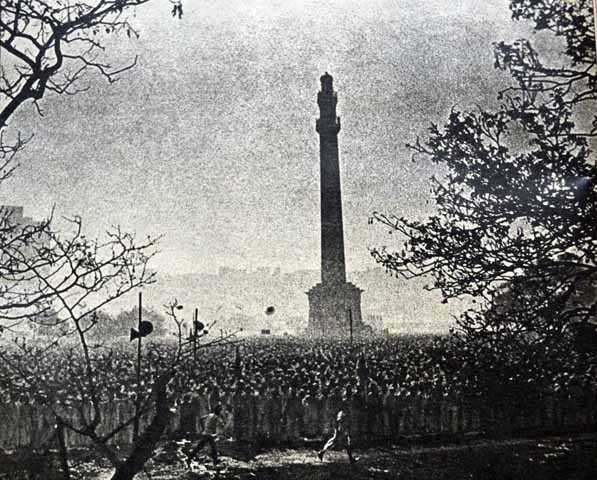 A Letter To Our Readers

On 11 November 1969, at the historic rally at Shahid Minar Maidan in Kolkata in support of the Naxalbari uprising, the first issue of Liberation was released. Its pages pulsed with urgency of that revolutionary juncture.

In July 1967 itself, the Bengali weekly Deshabrati began to be published. With the intense national and international interest in Naxalbari, there was a need felt for an all-India organ, published in English. Comrade Saroj Datta suggested the name ‘Liberation’; Comrade Sushital Roy Choudhury was its first editor-in-chief and Comrade Suniti Kumar Ghosh its editor. Liberation was the central organ of first the All India Coordination Committee of Communist Revolutionaries (AICCCR), and then of the CPI(ML).

For the magazine to have retained considerable continuity in spite of the brutal interruptions of state repression in the past five decades is a feat in itself. Liberation and Deshabrati were forced underground when the police raided its offices and press on 27 April 1970. Writing in prefaces for the Liberation anthology published in two volumes in 1992 (The Historic Turning Point: A Liberation Anthology), Comrade Sunity Kumar Ghosh said, “Several difficulties like finding a press willing to print the illegal journal in conditions of intense repression by the police cropped up.” But in spite of it all, the publication survived – bolstered by the very remarkable efforts of those who recognized the importance of a theoretical-political organ for any revolutionary party.

Right from the beginning, Liberation burst upon the scene as a very fresh voice – not only in its vigorous political polemic, but in its observations on contemporary international and national developments, and even on political issues. As Comrade Suniti Kumar Ghosh observed in his Preface to Vol I, “While going through the pages of Liberation after many years, I was struck by the richness of the fare. It appears that, though for a short period, a small band of able and conscientious contributors, cultural workers inspired by Naxalbari and other struggles in India, the Great Proletarian Cultural Revolution and the march of national liberation struggles in Vietnam and other lands, gathered around Liberation.” And reports on struggles and movements provide rare documentation and insights into a crucial phase of the Left movement in India.

Reading the back issues, one is struck by a feature that marks Liberation throughout the various phases of its life: on a wide range of subjects, there are pieces marked by deep study and reflection. There is little lazy phrase-mongering in the write-ups – the emphasis is on Marxist analysis. Such writing begins to really flourish in the pages of Liberation of the 1980s. Early on, Liberation took a lively and non-sectarian interest in contemporary movements and struggles in India, including the women’s movement.

In the 1990s, the pages of Liberation take on a new character that the magazine retains to this day: Along with providing the Party’s theoretical perspective on debates within the Indian and international communist movement, it offered sharp commentary on political developments; regular study of the political economy; reportage on movements and interviews of activists and writers; and reviews of films and books. Liberation while displaying an admirable continuity and consistency in terms of its Marxist-Leninist perspective, also reflects a willingness to learn from new experiences, to keep an open mind and to evolve. 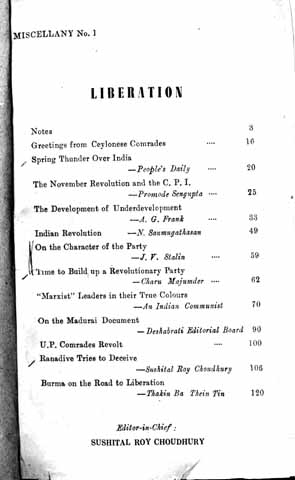 Today, we are at a point in India’s history when independent media is at an all-time low. Journalism that speaks truth to power is rare and faces all sorts of overt and covert attacks from those in power, while many who call themselves “media” serve as propaganda machinery for the regime. It is in this backdrop that Liberation, alongside publications like the Gauri Lankesh Patrike, take on renewed significance. In the pages of Liberation, you find analytical pieces and reports of struggles that you may not find anywhere else: such as critiques of the verdicts convicting the Maruti and Pricol workers; an investigative report into the land struggle of Dalits at Chilmarva, Siwan, that led to the incarceration of Comrade Satyadeo Ram, now the party’s MLA from Daurauli; reportage of a women sanitation workers’ strike in Bengaluru; an in-depth critique of the workings of the Swacch Bharat Abhiyan; a write-up on the Gauri Lankesh murder that boldly asks questions about why the Prime Minister has been patronizing an organization implicated in terrorism and assassinations; Marxist perspectives on Dalit and women’s liberation struggles; and reports of initiatives that reflect warm critical solidarity, and a fruitful friendship with a range of people’s movements in India.

In the journey ahead, we rely on your continued support, in every way. Write to us – tell us what you would like to see in Liberation’s pages; help us enroll subscribers; write regularly for Liberation; volunteer as reporters, copy-editors, proof-readers; share our write-ups on social media – and donate as generously as you can afford.