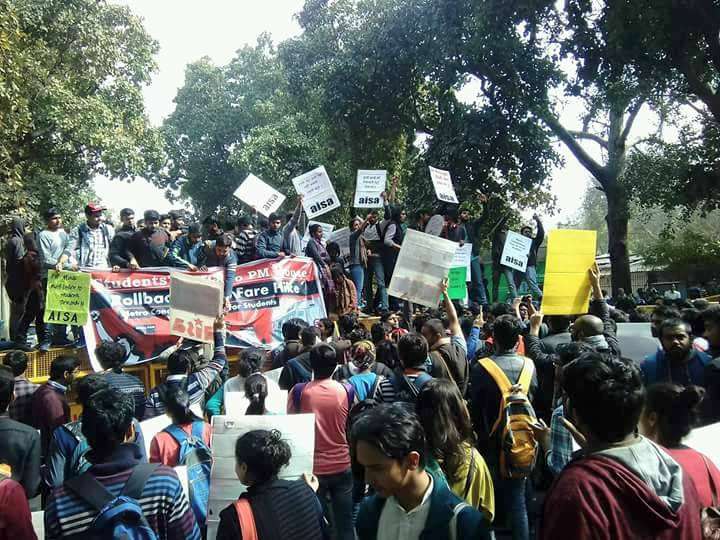 A Massive March to PMO was taken out on 8 February demanding the Prime Minister to intervene and Roll Back Metro Fare Hike. Students from various campuses of Delhi took part in it. It was after an hour of sloganeering and breaking of the first three row of barricades when a delegation of five students were taken inside the PMO. It was the first time that barricades were broken outside PMO during the current government’s tenure. A memorandum was submitted to the PMO and the delegation was asked to give them 10 days for their response.

Since past one month there has been serious unrest in the student community of Delhi against the hike in Metro fares which was doubled last year. From series of events, agitation and programs, ranging from Occupying Vishwavidyalaya Metro Station to Meeting Delhi CM last week, Delhi Students have gone everywhere with their demands. It was after getting three long-standing demands of students approved that the students decided to March to the PMO. 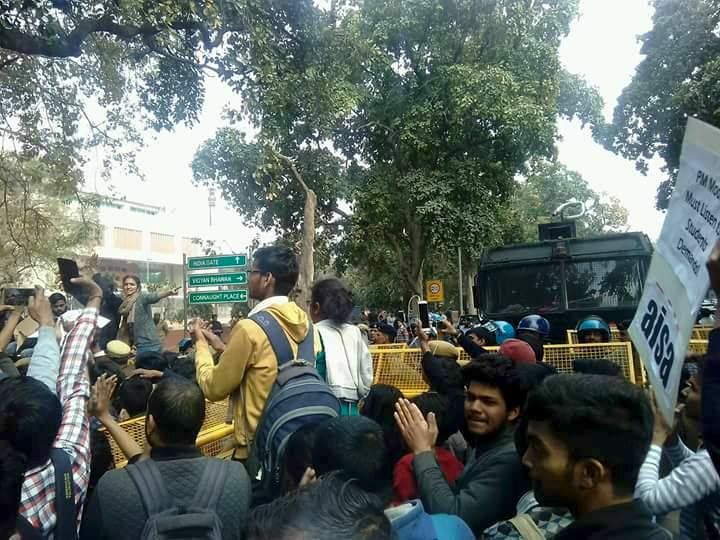 Kawalpreet Kaur, AISA DU President said “Since past one month students are literally on the streets asking the roll back of the metro fare hike. We have met everyone from DMRC official to Chief Minister and today we came to PMO asking them to take up our demands. It is really shameful that we have so much of empty rhetorics on youths by the PM but in reality there is a serious unrest among the students community.”

She added further that “We gave our memorandum to the PMO today and we will wait for ten more days and if our demands are not met, we will not let the Delhi city work. The PM must understand that it has become impossible for the students of Delhi to survive with such high fares. He must act immediately on our demands”