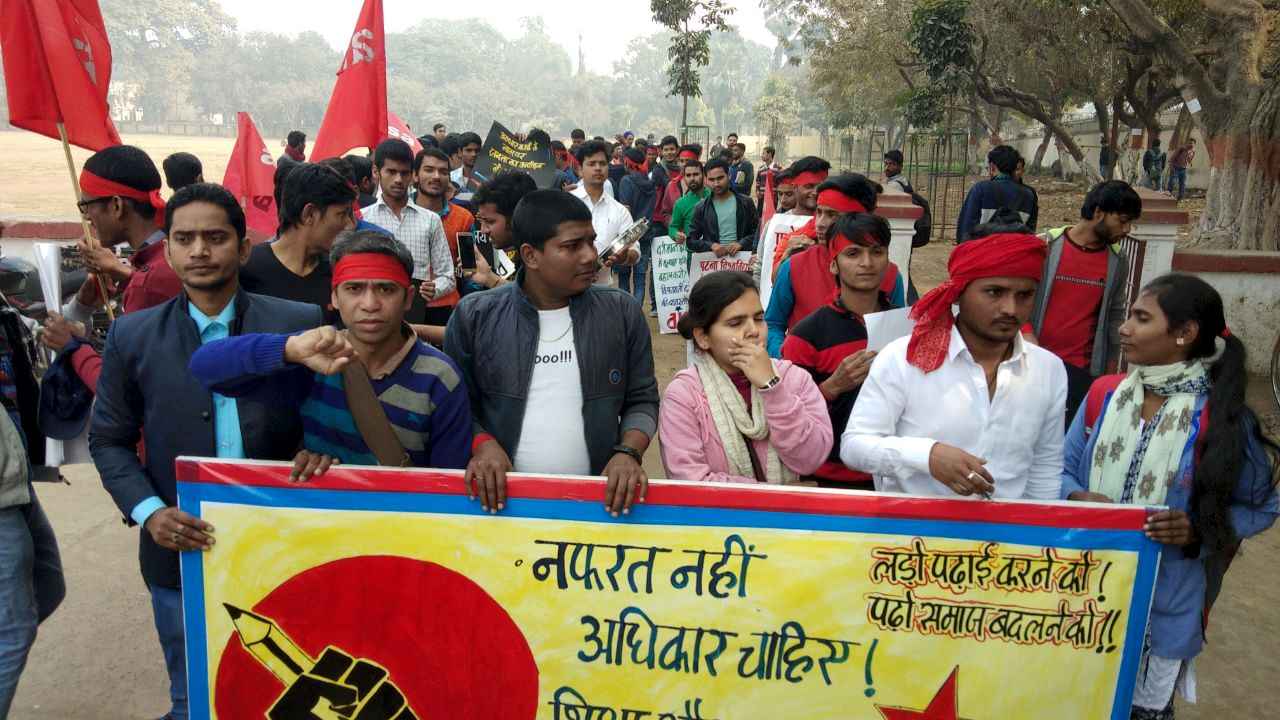 Presidential candidate Mitu Kumari said that there is much anger in the student community against the politics of communal hatred and division practiced by the BJP-RSS and their betrayal of the interests of students and youth. The mood of the students in Patna University is entirely against the BJP and the ABVP. She said that AISA and AISF would provide a strong alternative against the ABVP and Sangh politics of hatred. The main agenda of the Left campaign would be Central University status for Patna University and the issue of employment. Last year when PM Modi had come for the centenary celebrations of Patna University, the students and the people of Bihar had had great hopes but the PM refused point-blank to give Central University status to PU and made fun of the demand. The United Left panel is committed to resisting education fund cuts in the Budget and the policy of attacks on institutions of higher education, which have pushed Patna University to the road to destruction.