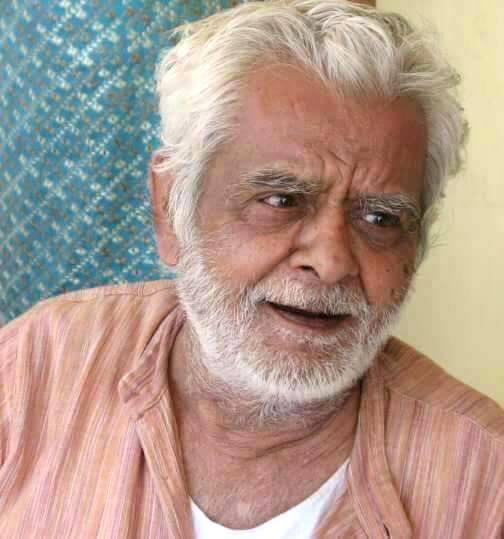 Rajendra Dhasmana, born in Pauri Garhwal (Uttarakhand), intellectual-thinker, journalist-editor, theatre activist, cultural activist, and a strong voice of dissent in literature and politics, passed away on the night of 16 May 2017. He was 81 years old.

He had been in government service and had made a special place and identity for himself on All India Radio and Doordarshan, but his main role was that of a thinker-activist and his main concern was pledged to the politics of change in society. His faith in Left ideology and politics was unswerving. His ideological intervention as an intellectual was crucial to the struggles for democratic values. He made a name for himself as an expressive and original creator in the fields of drama, poetry, prose, editing, and criticism but it was in the field of drama and editing that he was peerless. The editing of MK Gandhi’s collected works – Gandhi Vaangmay – was possible only due to his extraordinary capability. Till several years after his retirement Doordarshan used to call him to edit their bulletins. He also edited several memoirs and books related to Uttarakhand. His plays written in Garhwali not only enriched the genre but also awakened and energized society. Perhaps nobody addressed the Uttarakhandi people living in Delhi as much and as closely as Rajendra Dhasmana did. Apart from being a writer, dramatist and journalist, he was above all a fine human being who loved people and life. He never thought of himself as a great man and neither did he think anyone else so great that he could not speak out in front of them. During the 1994 Uttarakhand movement he was in service with Doordarshan but that did not stop him from speaking his mind on the destruction caused by big dams or on human rights issues. He was associated with all democratic movements and was a natural ally of the Left.

He held a top post in the electronic media in those days when Doordarshan was the sole representative of electronic media in India, but he never had the shallow pride which can be seen in the self-styled journalists of today. Senior journalist from Uttarkashi Madanmohan Bijlvan once narrated the story of how some people who got employment (not permanent) in Doordarshan with Dhasmanaji’s help became multi-millionaires over a period of time but Dhasmanaji remained the same – poor, outspoken, and happy to be so. Comrade Atul Sati who started the magazine ‘Shayad Sambhavana’ in 1994 and who is presently the CPI(ML) Garhwal Secretary has a treasure-trove of stories about Dhasmanaji. He tells us how he used to often arrive in Delhi without any money. He used to be confident that the magazine would get published and he would get enough money for the fare back to Uttarakhand, because Rajendra Dhasmana was here. Speaking to him was always an interesting experience. Whatever be the topic at the start of the conversation, it would finally cover all topics in the world! We would feel as if we are speaking with a walking encyclopedia. That wonderful journey of starting with one topic and going on to infinite discussion has ended with the passing of Rajendra Dhasmana.

It is an important fact that Rajendra Dhasmana was one of the founders of the Jan Sanskriti Manch. Despite being in government service, he displayed the courage to strengthen democratic forces during the movement for a separate Uttarakhand State, and the people loved and respected him for this. After retirement he threw himself heart and soul into the struggles of Left democratic politics and against the ruling BJP and Congress governments in Uttarakhand which had by then become a separate State.

We salute this brilliant literary-cultural, social and political luminary!