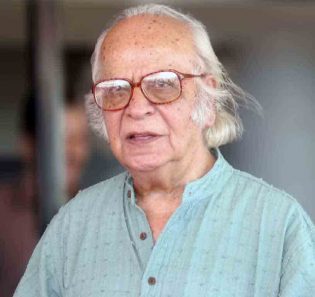 Professor Yash Pal in an interview for the film ‘ A life in science’ by Yousuf Saeed, remarks that if someone had spent as long a time, as he had done, doing science in the 20th century, they were bound to see rapid changes and developments Fifty years after he began his study of the cosmic rays, astrophysics and science at the Massachusetts Institute of Technology, Yash Pal explains with the excitement of a student that within his scientific career how it became possible to partake the secrets of the cosmos as it opened up to scientific investigations in the 20th century. While the lure of knowledge led him towards study of physics and later space research in the 1940s, it was the country’s development project that led him towards institution building roles, application of space technology and popularization of science.

In the immediate years after Independence young scientists found their calling in building scientific research institutions for the country, encouraging scientific temperament among people and taking technology towards people. As Yash Pal explains, it was not easy because these scientists had to almost start from a scratch. At the time of Independence, India did not even produce a radio and everything from wiring onwards had to be developed within the country. It was thus no small an achievement that the country could develop scientific capacities to put some of the best satellites in space. Professor Yash Pal, as a science administrator in the 1970s deployed space technology to ensure the Satellite Instructional Television Experiment (SITE), wherein satellite broadcasting and educational television became a reality in India setting examples for the world. The indigenous ways it was developed is highlighted by him when he explains that, large satellite dishes were carried on bicycles to the villages to set them up for telecast.

As satellite programming for village children began, he emphasized the everyday presence of science, and began the journey of taking science to the people. The iconic status of the science popularizer however got established with the television programme, Turning Point, in the 1990s. For many growing up at this time, he became their virtual science educator. Science for Professor Yash Pal was not about super-specialisation to such an extent that the scientist becomes a pawn of destruction, but as a means for people to expand and discover their human potential.

Responding to the needs of the people governed many of his ideas also as an educationist. Pedagogically many of these were radical, be it the suggestion of students and teachers going to people to develop relevant syllabus or reducing the textbook load in a child’s learning. Creating joyful experiences of learning and encouraging children towards collaborative rather than competitive work redefined to him what quality could be in school education. The school curricular processes gained from the suggestions of the committees he chaired. In the area of higher education, he favoured the general university and took on private universities which were rampant and functioning without regulation as a petitioner against the Chattisagarh Private University Act of 2002. If Professor Yash Pal was celebrated for his work in science research and popularisation, its humanistic possibilities, and his challenge to the corruption of education by private bodies, there have also been friendly dissents. While welcoming his idea of the university, the recommendations of a committee headed by him on regulation of higher education only through an overarching regulatory body in 2009 were considered as inadequate also by friends who were concerned about the blurring of private-public distinctions in the neoliberal era.

Professor Yash Pal passed away on 24th July 2017, when the political regime in the country is undermining scientific temperament, educational institutions and progressive curricular traditions that he helped shape. However he leaves behind a rich legacy of institutions, thoughts and ideas for young scientists and educationists to explore the current challenges. 