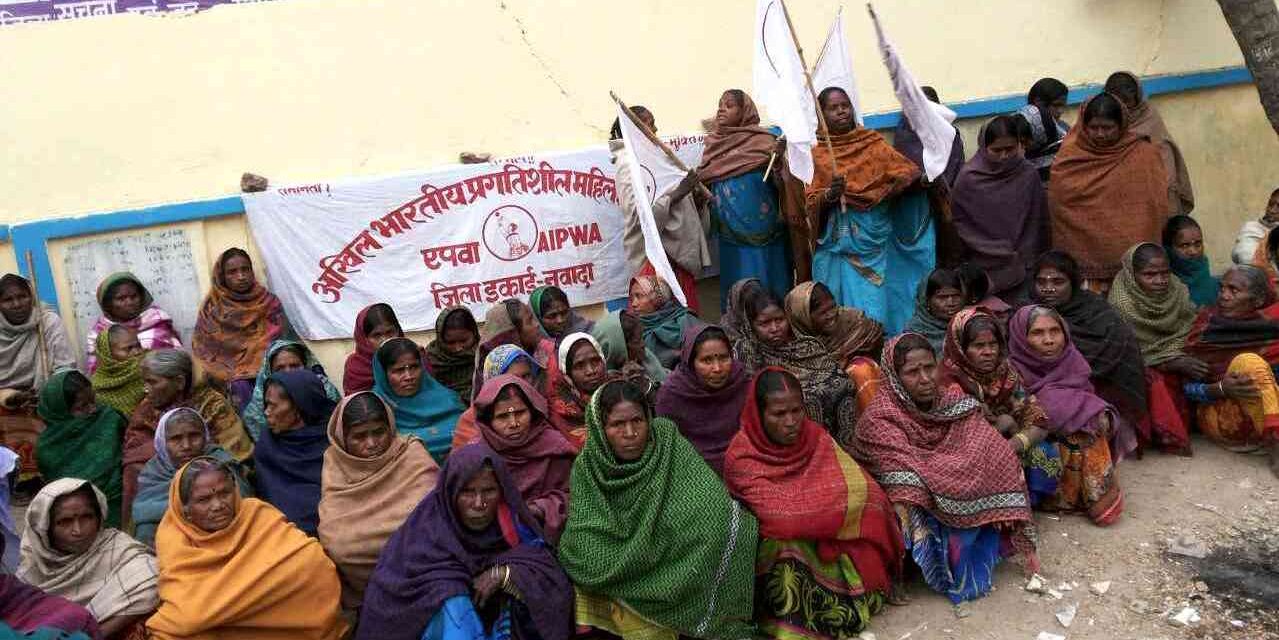 On 12 February 2018, All India Progressive Women’s Association observed its 24th foundation day in Bihar and Jharkhand. On this day, general body meetings and public meetings were organized in several places across the states where the AIPWA flag was unfurled and tributes paid to the departed comrades of women’s movements. The meetings were followed by a resolve to fight against the anti-people and anti-women regime and against patriarchy. 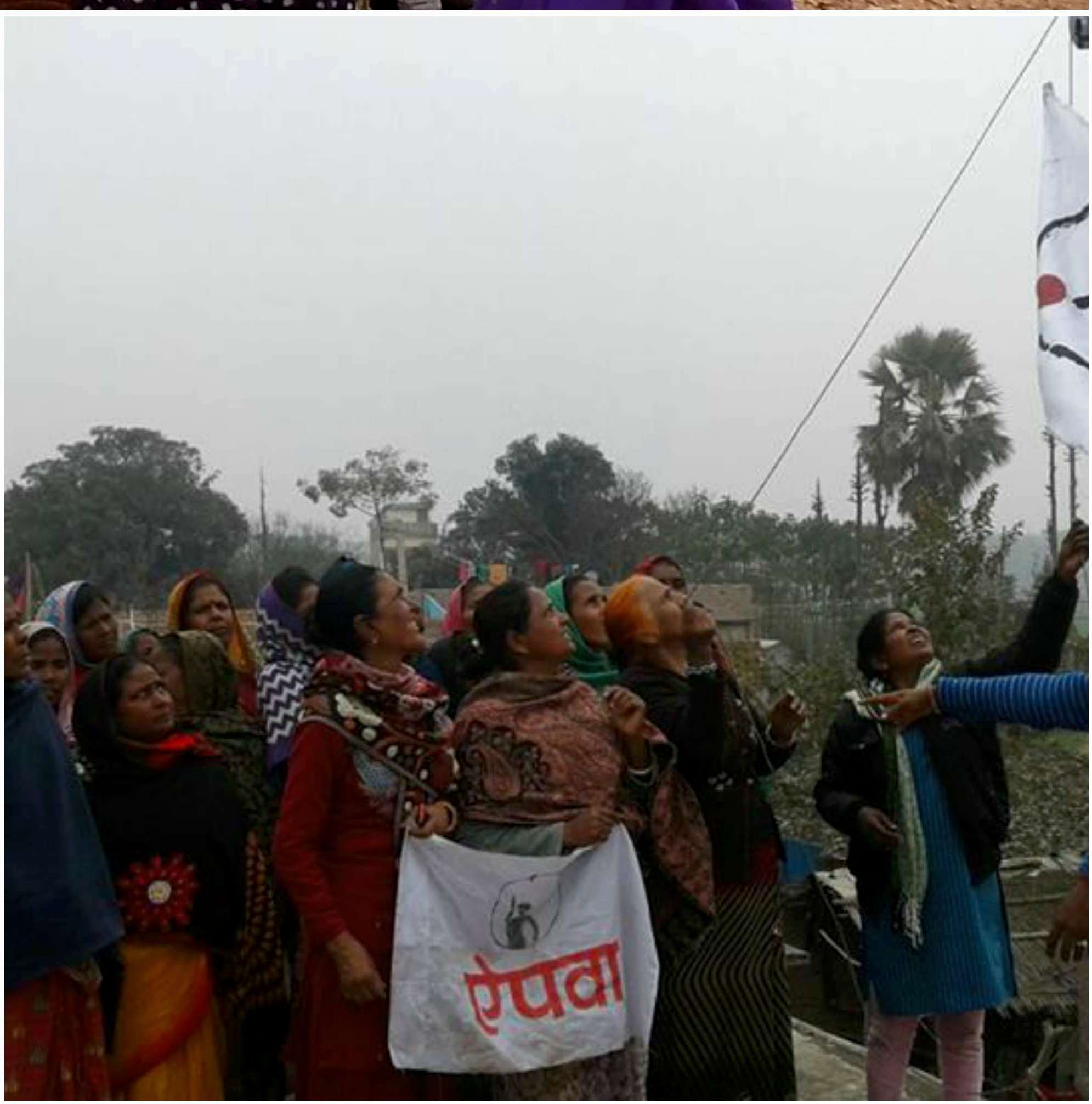 An AIPWA pamphlet was also issued on this day that observed how the hard won rights of women were being curtailed and attacked under the present regime. Limits for women were being defined according to the dictates of Khaps, Manusmriti and the mindset of the BJP-RSS leaders. Serious attempts are being made to spread hatred against women belonging to the Dalit and minority communities and the attacks and violence on them were being justified. Unfortunately the attack on women is being carried out in the pretext of ‘women’s honour’ and Indian culture. The pamphlet noted the role of women’s struggles in India and internationally in trying to include issues like women’s living conditions, their health, education, employment, participation in governance, etc, in the political agenda and to make countries across the world accountable for the same. The pamphlet also pointed out how the BJP government has reduced the slogan of ‘women empowerment’ into yet another jumla. BJP’s lack of concern for women is apparent in the current budget where there is no discussion on ‘gender budgeting’. There are no steps being taken to stop the violence against women and ensure women’s safety. The announcement to bring 10 crore families under the ambit of health insurance appears hollow since adequate funds have not been allotted for the same and the little that has been offered is not for the benefit of poor and women but for the loot by private hospitals. The pamphlet further criticized BJP government’s hasty move to criminalize triple talaq in order to target the Muslims, while cleverly putting the women’s reservation bill once again in the back burner. It also strongly criticized the exploitation of women and denial of their agency through campaigns like love jihad and through ‘honour crimes’ and protests against Valentine Day where violence was carried out against women.

In Patna, the Patna town committee of AIPWA observed the foundation day. The programme began by unfurling the AIPWA flag by Com. Abida Khatoon. Tributes were paid to the departed leaders of the women’s movement including former National president of AIPWA, Com. Srilata Swaminathan, Martyred comrade Manju, Jharo Devi and Pakistan’s renowned women and human rights activist Asma Jahangir. This was followed by a public meeting which was addressed by AIPWA’s National General Secretary Com. Meena Tiwari. Beginning with the history of AIPWA, Com. Meena Tiwari also urged the women leaders to remain alert to the attempts being made to divide the country in the name of religion. She said how over the years while initiating and strengthening struggles for women’s rights, AIPWA had also forged solidarity with all oppressed, exploited and marginalized sections. In Muzaffarpur, the leaders shared how women were being denied education, dignity, employment and health facilities. Despite waging protracted struggles, the demands of scheme workers like ASHA workers, mid-day meal workers, Anganwadi workers and helpers were being ignored and denied. They also gave the call of a massive juloos against violence against women on 8 March. Programmes were also held in Nawada, Nalanda, Siwan, Darbhanga, Bhojpur, Vaishali and other districts. 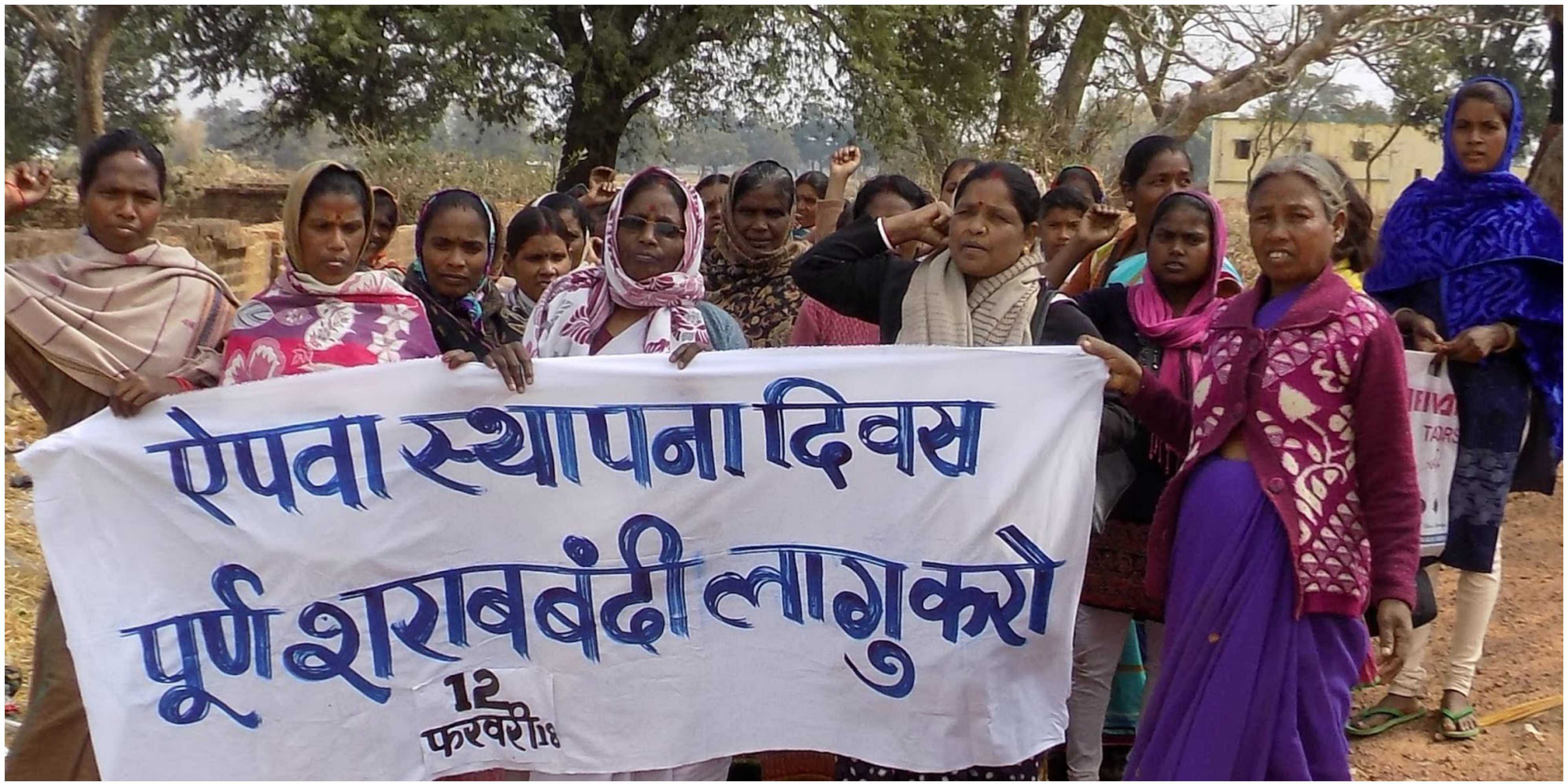 In Jharkhand, the Ranchi local committee observed AIPWA foundation day as prohibition day. In a rally organized in Ranchi, women raised slogans against atrocities on women. A meeting was also organized in Ramgarh district. They resolved to strengthen the struggle against patriarchy and the state and governments that stood with patriarchy. AIPWA leaders addressing the meeting came down heavily on the Raghuvar Das government in the state for failing to ensure safety of women in the state as several instances of rapes and murders of young girls took place recently. They lauded the efforts of AIPWA to organise mid-day meal workers, Anganwadi workers and helpers in the state. Similar meetings also took place Koderma, Deoghar and Bagodar. The women activists resolved to continue their efforts to organise women scheme workers in the state and to strengthen the fight for women’s rights across the state.