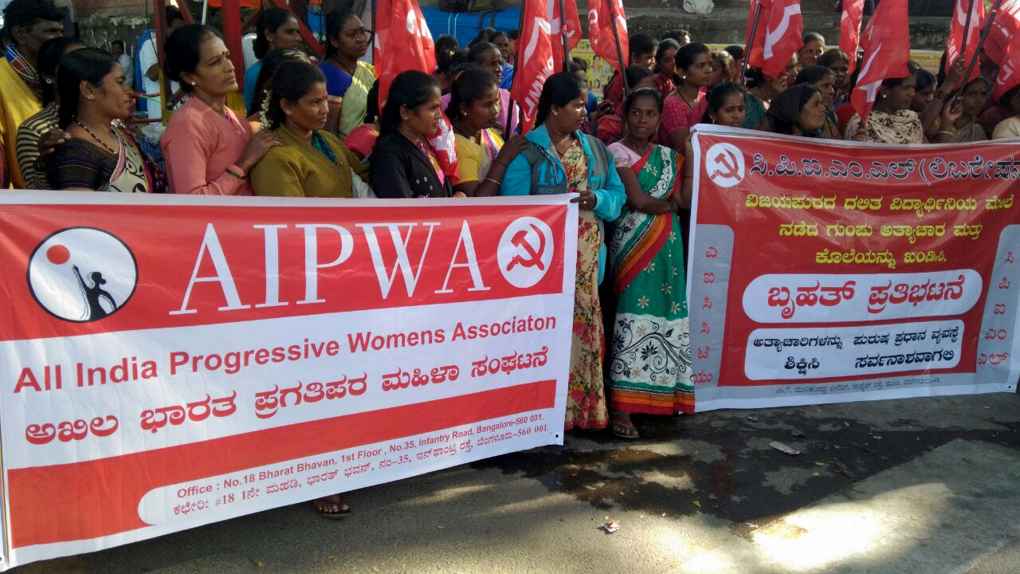 A 14 year old school girl was brutally raped and murdered in Vijayapura in Karnataka. The girl belonged to Dalit community. The brutal violence exposes the Karnataka government’s failed attempts to provide a secure and free environment to women and marginalized sections. A protest condemning the rape and murder and demanding strict punishment for the perpetrators was organized by CPI (ML) and AIPWA in Bangalore on 27 December at the Mysore Bank Circle.