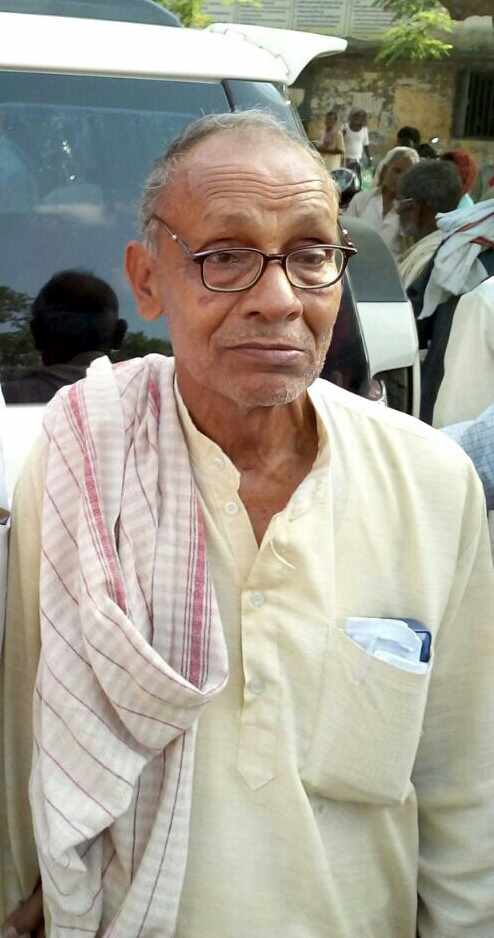 Comrade Shambhu Prasad Singh 74, died of brain haemorrhage on 13 February. He was District Committee member in West Champaran and Block Secretary of Majhaulia. He joined communist movement in 1972 through CPI and became part of many struggles for poor workers and peasants in his area. He is still remembered for the struggle against the exploitation by Majhaulia Sugar Mill as well as many land struggles which he led successfully.

Comrade Shambhu Prasad Singh joined CPI(ML) about ten years ago along with many of his comrades and worked for expansion of the party since then. A very humble and modest, he was a disciplined soldier of party and the people. He had been elected as a Zila Parishad member.
Comrade Shambhu Prasad Singh’s life will be a source of inspiration for all of us and we must work hard to fulfil his legacy and his dreams.

Comrade Kamli Devi passed away after midnight of 13 February after a long period of illness. She was a district committee member in Araria. She was Party’s candidate from Araria in 2009 Lok Sabha elections.

Kamli Didi, as she was known widely, began her revolutionary journey at a very early age under the leadership of iconic CPI leader Nakshatra Malakar and remained active throughout her life with the movements of poor in Seemanchal region. She played very remarkable role during the devastating floods of Koshi river in 2009. She was in the forefront of many struggles including the struggle against the killings of CPI(ML) leaders in Raharia two years back.

She will always be remembered as a relentless fighter for the rights of the poor.
We pay our tributes to Comrade Kamli Devi. Red Salute!