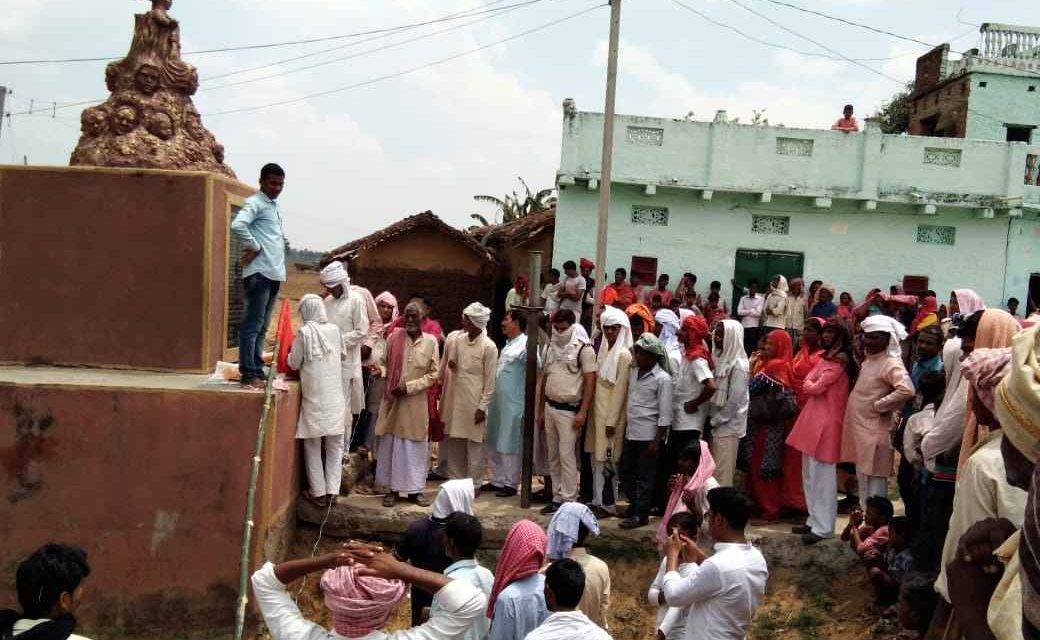 22 years ago at 2 pm on 11 July 1996 in broad daylight 50-60 armed Ranveer Sena terrorists surrounded and attacked Bathani Tola, set fire to the homes of dalits, minorities, farmers and workers and killed 21 people, particularly targeting women and children. Not even girl children as young as 3 or women as old as 70 were spared.

The attackers played the deadly game of murder and carnage for 3 hours. Within the range of 100m and 2 km from this Tola, there are 4 police stations/camps, despite which the police came on the spot only after 7 hours whereas the killing had begun at 2 in the afternoon.

A Sankalp Sabha was organized by the CPI(ML) on 11 July 2018 at Bathani Tola to pay tribute to the martyrs of the Bathani Tola massacre. Addressing the meeting at the Veer Shaheed Memorial, CPI(ML) Sahar Secretary Upendra Bharti, Tarari MLA Sudama Prasad, and hundreds of poor citizens garlanded the Memorial and took a pledge that they would avenge the martyrs of the Bathani Tola massacre killed by feudal-communal fascist forces 22 years ago by defeating fascist forces. This would be the best tribute to the memory of the martyrs. 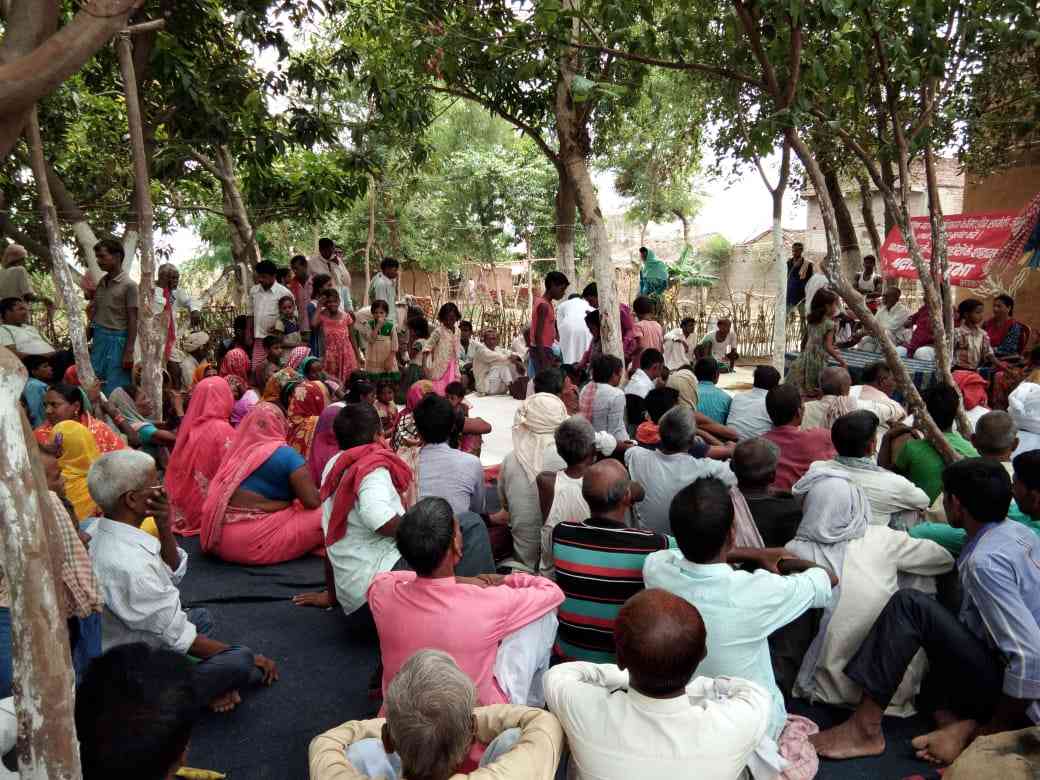 Speakers addressing the meeting said that this massacre is an example of the most heinous, cruelest, medieval barbarism. An 18 year old woman was gang raped; the breasts of one woman were cut off; the thighs of an infant baby Kusum were cut off. A 3 year old girl child was thrown up in the air and cut down with a sword.

Behind this carnage was the Ranver Sena, an army of dominant caste landowners protected by the BJP-RSS. Ranveer Sena chief Brahmeshwar Mukhiya had said that we kill the children of poor dalits because if they are allowed to grow up they will become Naxalites; and we kill their women because they give birth to Naxalites. The Ranveer Sena believed in the dictum: Wipe out now Naxalites who would be born in the future.

As CPI(ML) General Secretary Vinod Mishra said after the Bathani massacre, “This war can doubtless be won, and it is essential that it is won; this is the call of human progress, democracy and true nationalism. This is the urgent need of our modern times”. The brave people of Bihar have fought on every level of people’s struggles and have won the war against the Ranveer Sena; a victory exemplified by the destruction of the Ranveer Sena and the end of that enemy of humanity, Brahmeshwar Mukhiya.

But the legal battle still continues after 22 years of fighting the case in the courts. The Indian judicial system has also shown its character. Patna High Court judges NP Singh and AP Singh have acquitted all the accused persons “for lack of evidence”. This is after the Ara Sessions Court convicted 23 persons in this case in 2010, 3 of whom were sentenced to death and the rest to life imprisonment.

The Nitish government has made a mockery of its boast of ‘good governance with justice and development’ by ensuring a weak prosecution and weak presentation of evidence to enable the perpetrators of the massacre to go scot free.

Nitish Kumar’s pro-RSS attitude does not stop here. The ‘Good Governance Babu’ dissolved the Amir Das Commission set up on 27 December 1997 to probe into the nexus between the Ranveer Sena and political parties. At that time, Amir Das had stated that the Commission was dissolved without any prior notice under pressure from the BJP, as the Commission had found evidence of nexus and connivance between the Ranveer Sena and BJP leaders.

The CPI(ML) expressed outrage against the verdict of the Patna High Court and declared State-wide protests.

The CPI(ML) and family members of those killed in the massacre have challenged the High Court verdict in the Supreme Court. Accepting the appeal against the verdict, Supreme Court Judges Altamas Kabir and J Chalameshwar said that the mater must be heard promptly.

In a face-saving move, the Bihar government has filed an appeal in the Supreme Court against the Patna HC verdict.

The CPI(ML) observed 11 July every year as Sankalp Diwas for justice for the Bathani Tola massacre victims. It remains to be seen when the country’s judicial system will see fit to punish the killers of the poor, dalits, and minorities of Bathani Tola.