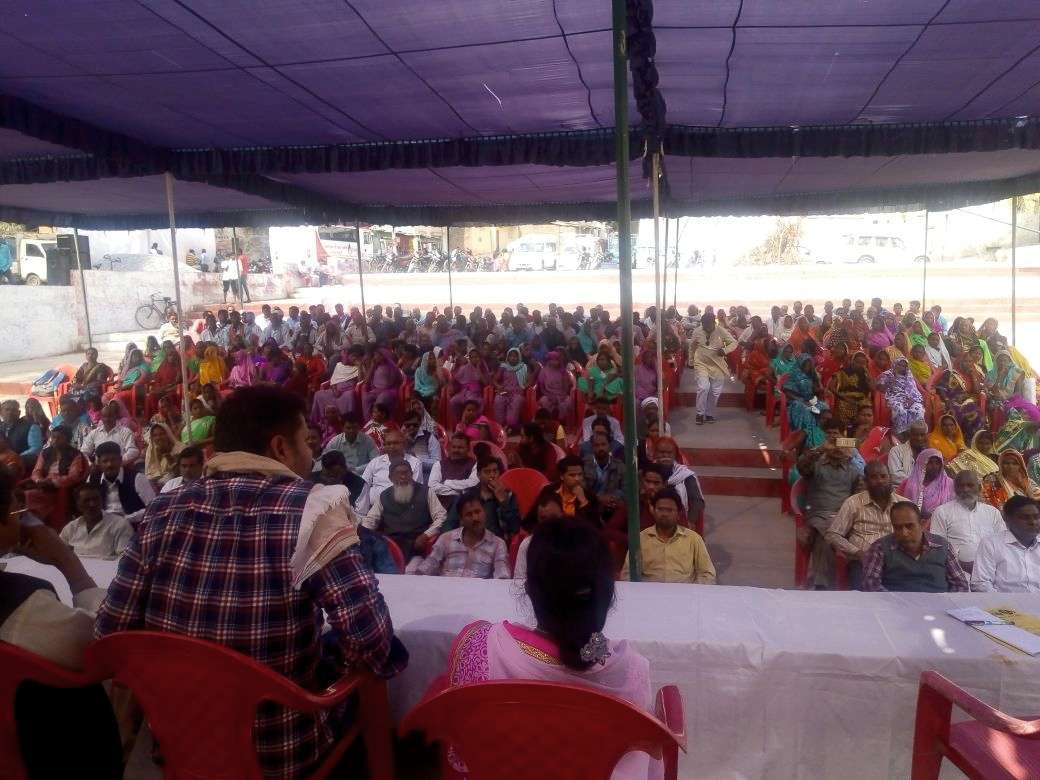 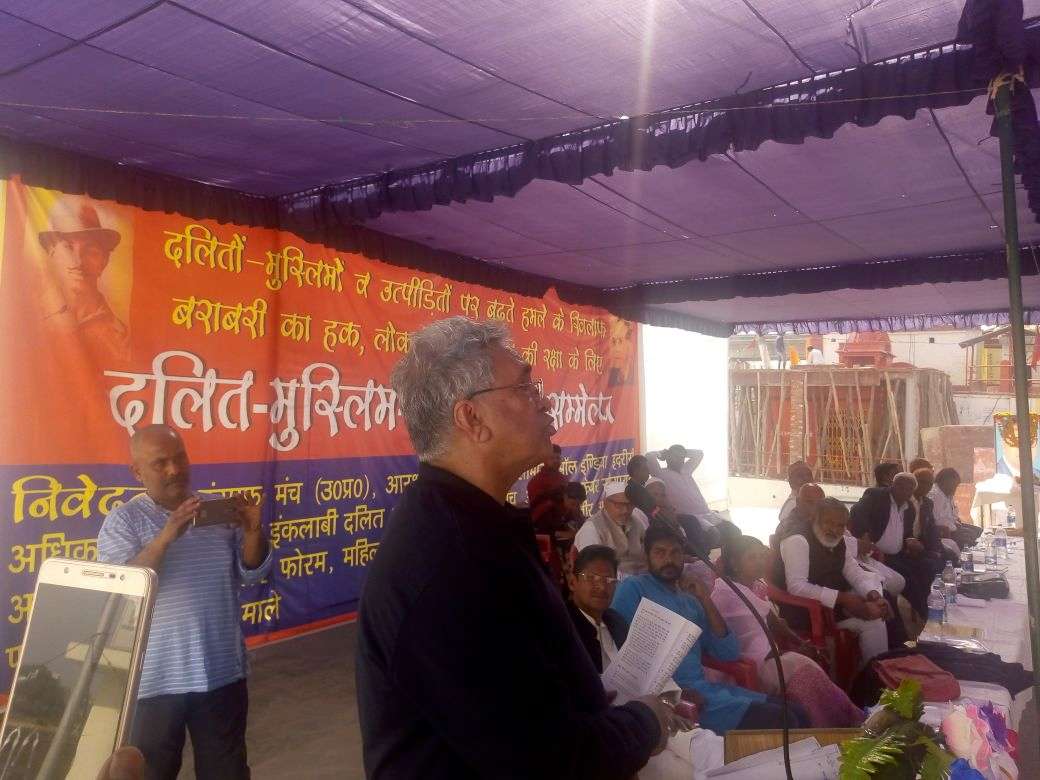 Shamshul Islam addressed as main speaker and said that BJP/RSS project of distorting history is going on whereas attempts are on to turn the country into a laboratory of spreading hatred. That is why the attacks on dalits and minorities are on the rise and this must be resisted through a united struggle of all sections of the society.

Comrade Satyadev Ram said that the unity of oppressed communities and their struggles are today showing us the way to move ahead in defence of democracy and the constitution against fascist forces. SN Prasad of ABSS said that Hindutva nationalism thrives on the oppression of dalits, minorities and poor while upper caste feudal forced are attacking these sections with full state impunity. Many activists from participating organisations addressed this convention. CPI(ML) leader Manish Sharma conducted the proceedings.