Left Protest Attacks on Activists in West Bengal and Tripura 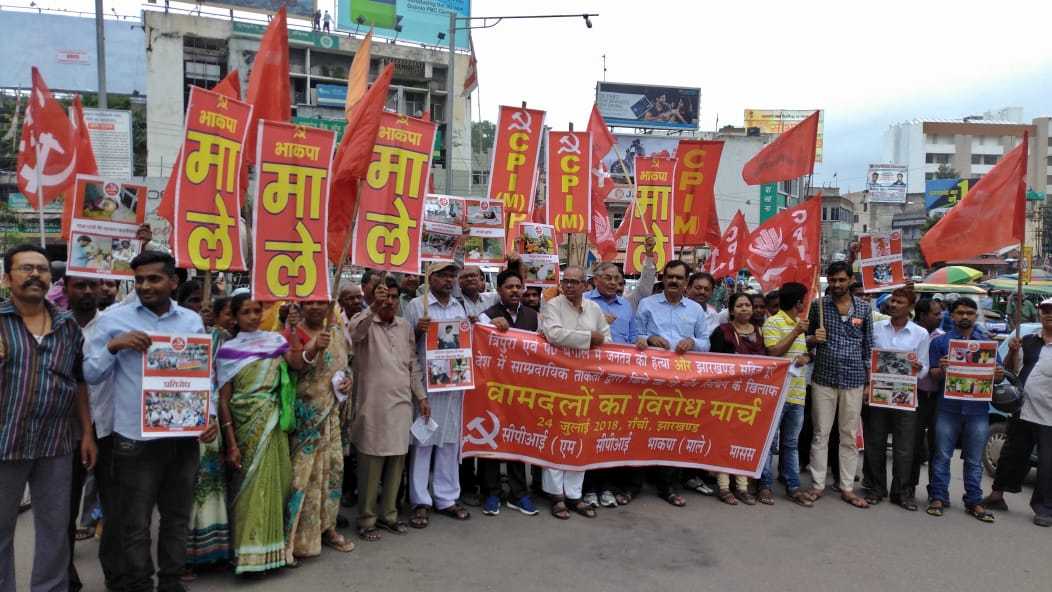 Fascist forces have to be resisted in the streets as they are repeatedly assured of administrative protection by the ruling regime after every incident of mob violence. It is only the Left which can take up the challenge of protecting democracy and by protecting every vulnerable citizen and every vulnerable community and the society as whole with new energy and vigour against fascist mob rule through a stronger, united and wider people’s movement.

Left and progressive activists all over the country are facing brutal attacks and killings. The situation in Tripura and West Bengal is much grave as left was in power for a very long time in these states.  BJP and RSS are attacking all left parties’ cadres including those who were never in the government. CPI(ML) activists and offices are being attacked in these states and recently party’s office in Bankura was forcibly occupied by TMC goons. In Tripura’s Udaipur district a CPI(ML) demonstration was attacked by BJP-RSS goons. Such attacks are political violence targeting the Left forces and supporters.

Even as Left parties observed a protest day against murder of democracy and attacks on the Left in Tripura and West Bengal, a protest march in Udaiur town of Tripura led by Com. Badal Chowdhury of CPI(M), Com. Partha Karmakar of CPI(ML) and other comrades was attacked by BJP goons. Six activists – Tarun Ghosh, Judhyajoy Jamatia, Sabuj Das and Rakhal Majumder of CPI(M), Gopal Roy and Rustam Ali of CPI(ML) are seriously injured and admitted at hospital. After this brutal attack, left cadres who had participated in the march were again threatened and physically assaulted at their own homes in the night by BJP Yuva Morcha goons. More than thirty CPI(M) activists were threatened at home and warned to face consequences if they hold any such procession in future. CPI(ML) activist Santosh Das of Chataria village was assaulted at 10.30 pm, Charu Debnath was also threatened by same miscreants.
The protests were organised in all states and important centers in the country.