Protest for Food Security in Moradabad 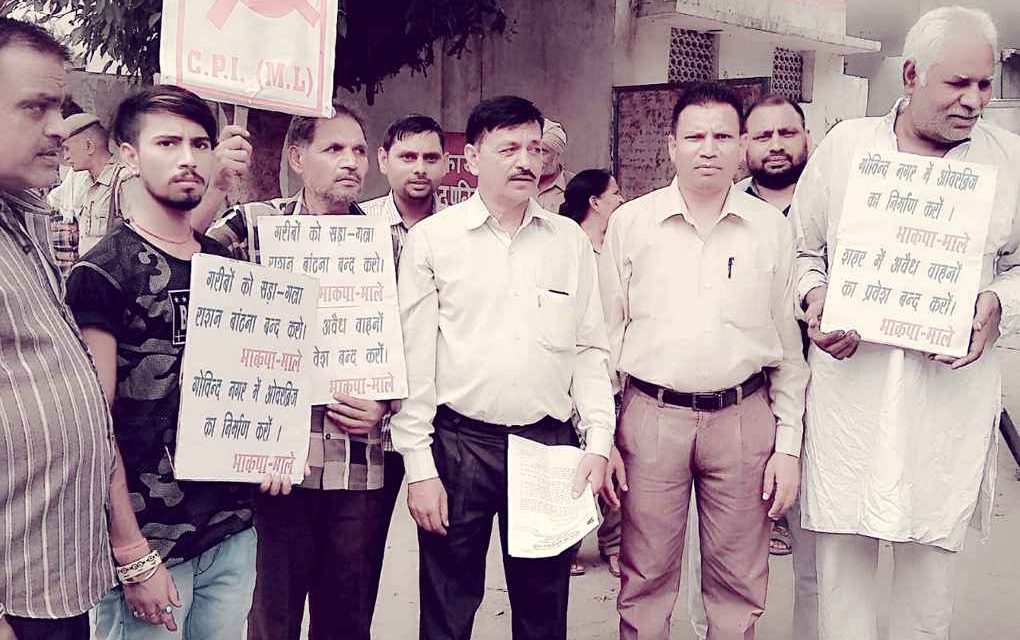 CPI(ML) held a protest in Moradabad district headquarters to demand stop deleting names of the poor from lists of public distribution system, to stop corruption in PDS, and to provide rations to all ration card holders. Hundreds of ration cards are being cancelled without any basis by the administration in the district, both in urban and rural areas. The protesters also raised the demand of providing basic civil amenities in slums and other localities of the poor as well as construction of the long pending project of building an overbridge at Govind Nagar. The protest was led by Rohtas Rajput.