Protests Against Attack on Swami Agnivesh

In Delhi, a citizens’ protest was held at Parliament Street which was addressed by CPI(ML) General Secretary Dipankar Bhattacharya, ex-member of Parliament Ali Anwar, Vidya Bhushan Rawat, Vijay Pratap, AISA, representatives of AMU Alumni Association and All India Milli Council, and many others.

State-wide protests were held in Jharkhand on 18 July 2018. The BJP Minister CP Singh’s hate-filled comment against Swami Agnivesh and the statement that this was a sponsored attack was also condemned in these protests. This statement of Jharkhand minister is calculated to boost the morale of the criminals and incite them to further violence. CPI(ML) also demanded to register a case against the Minister and that he should be removed from his Ministerial post. BJP Ministers are continually shielding criminals, be it Jayant Sinha or now CP Singh exhibiting fascist-feudal mind-set. 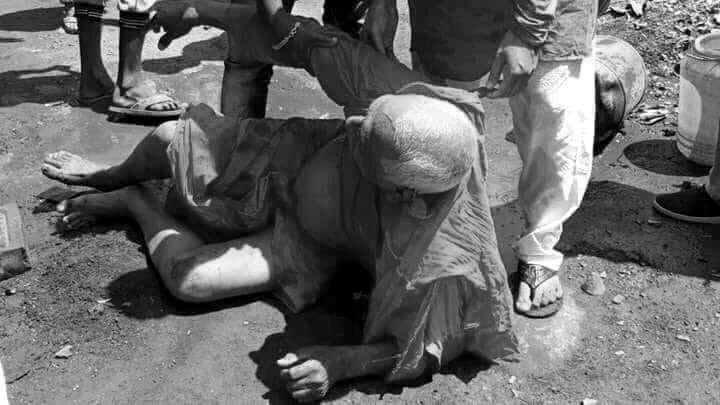 A protest march that was held in Garhwa, speakers said that such kind of mob violence and mob rule in order to crush voices of dissent and spread anti-democratic and divisive ideology will never succeed. The people of Jharkhand must give a fitting reply to this fascist attack which occurred just one day after the Supreme Court had directed that strict action should be taken against the perpetrators of mob-lynching. Protest marches and effigy burnings were also organized in Giridih, Ramgarh, Ranchi, Bokaro and other towns. Speakers called for a widespread resistance against fascist forces and reminded of the lynching of Alimuddin which took place just after PM Modi spoke about curbing mob-lynching. Alimuddin was lynched to death in Ramgarh city. The 11 persons convicted for his murder were given bail by the High Court and were garlanded and given sweets by BJP Union Minister Jayant Sinha. Clearly, the mob lynchers enjoy the support of not only the BJP-RSS but are also being protected by the administration.

The protest march in Ranchi was attended by activists of left parties and many other organisations. CPI(ML)’s Bhuvaneshwar Kewat, Praful Linda and Sukhnath Lohra of CPI(M), Ajay Singh of CPI, Marxist Coordination Committee leader Sushanto Mukherjee, AIPF’s Bashir Ahmad, RJD leader Gautam Sagar and many other leaders and activists were present in the march.

Protests were organized in all major centers in Bihar. In Patna a citizens’ protest was attended by many organisations and prominent personalities. A citizens’ protest meeting was held at Karpuri Chowk in Darbhanga.

In Rajasthan a march was taken out in Jaipur by activists of CPI(ML) and AICCTU. This was addressed by Manju Lata who said that the attacks on adivasis, minorities and poor have increased and defenders of people’s rights are being attacked. She said the attack on Swami Agnivesh was a planned one and led by BJP. She also condemned the arrests of CPI(ML) leaders in Tamilnadu for opposing land grab in name of development. A protest dharna was organized in Jhunjhunu district which was addressed by CPI(ML) central committee member Phoolchand Dhewa.

In Uttarakhand, this attack was condemned and protested through a demonstration and effigy burning at Bindukhatta, Lalkuan. Party state committee member Lalit Matiyali addressed the protesters and said that the goons are set free by the BJP governments to perpetrate the attacks on voices of dissent. A protest dharna was held at Haldwani which was addressed by comrade Raja Bahuguna.
In Uttar Pradesh protests were organized in Varanasi, Lucknow, Gorakhpur, and other towns. Similar protests were held in other states.