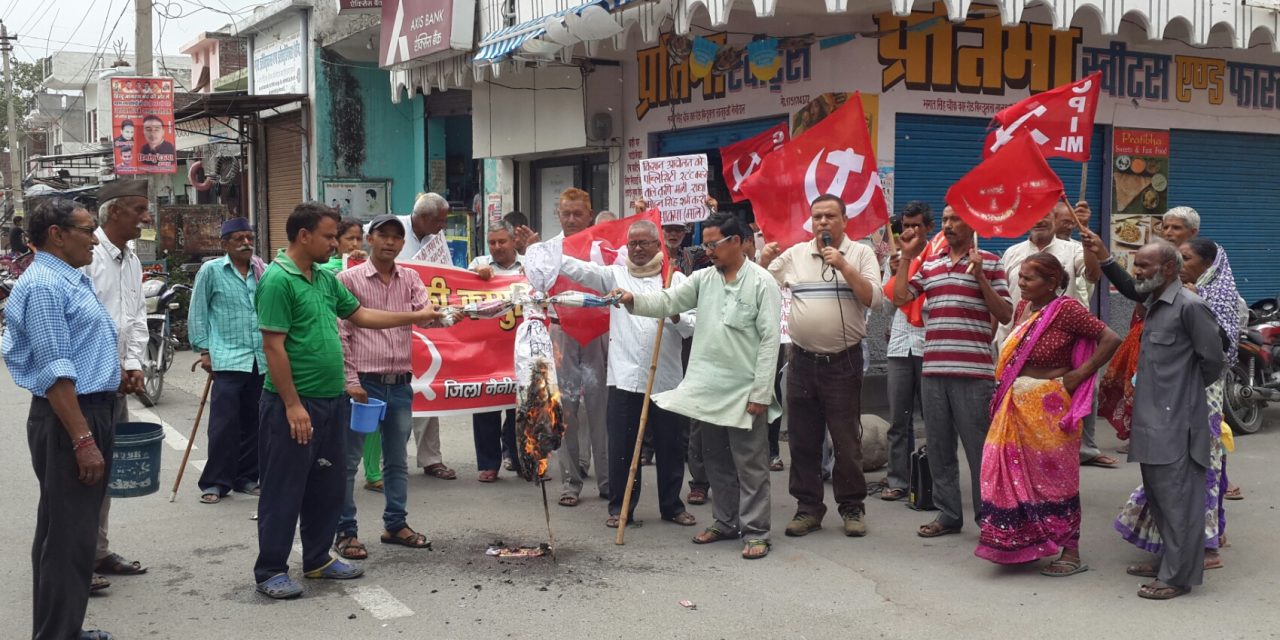 The CPI(ML) organized a ‘Jawab Do’ (Answers Demanded) rally at Lalkuan in Nainital District on the betrayal of promise by the State and Central governments on granting of Revenue Village status to Bindukhatta and other issues. Raising slogans demanding answers from the MLA why cases against anti-Municipality protesters have not yet been taken back, the rally started from Shaheed Memorial and reached the Tehsil Office from where a memorandum was sent to the Chief Minister.

Addressing the meeting at the Tehsil complex CPI(ML) CC member Raja Bahuguna said that the Modi government is bent upon brushing aside the basic problems of the people like price rise and unemployment while creating an atmosphere of hate and violence in the country, and that is why the people have made up their minds to throw out this government. He said that Bindukhatta from its inception has been a synonym for struggle and an inspiration to the rest of Uttarakhand. The people’s struggles led by the CPI(ML) had forced all political parties to agree to Revenue Village status for Bindukhatta. But instead of taking the initiative to pass a Bill for this in the Assembly the government is complicating issues and also has not taken back the false cases filed during the anti-Municipality protests. This clearly shows the repressive attitude of the BJP.

Raja Bahuguna said that if the embankment on the river Gola is not built before the rains there is sure to be a large scale disaster and the State government will be responsible for this. After people’s protests against the Century Mills pollution, the then government had formed the Gautam Commission 25 years ago which found that due to the Mill’s pollution water up to 200 feet below ground level had become unfit for drinking. Till date hundreds of Bindukhatta-Lalkuan residents have become victims of serious diseases but the government has not acted on the Gautam Commission report and has not closed the polluted gutter issuing from the Mill. This is a direct attack on the people’s Constitutional ‘right to life’.

The CPI(ML) District Secretary Kailash Pandey said that the struggle for all issues relating to the people of Bindukhatta would continue, such as basic needs like electricity and water, and payment of long due incentive arrears to milk producers.

The demands stated in the memorandum include: make and pass legislation for Revenue Village status to Bindukhatta and send it to the Central government for approval; take back false cases against anti-Municipality protesters; permanent embankment on the river Gola; electricity poles as per the requirement of the people of Bindukhatta; end pollution by Century Mills and place the polluting gutter underground; solve drinking water and irrigation problems; pay incentive arrears to milk producers; permanent purchase centre for agricultural crops; end irregularities and corruption in government welfare schemes; construction of toilets; old age, disability and widow pensions for eligible SC and poor people; a fully equipped hospital for Bindukhatta. It was also decided to meet high level police officials in the matter of inaction by Lalkuan Police against the persons who used objectionable words against Party State Committee member Vimla Rauthan and made statements hurting the dignity of women. 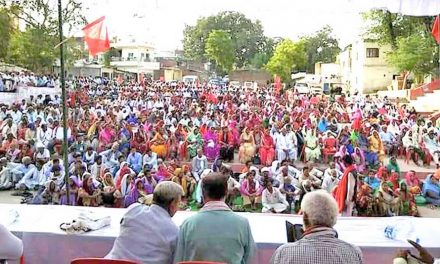 ‘Jawab Do’ Rally Against Modi-Yogi Raj in Varanasi