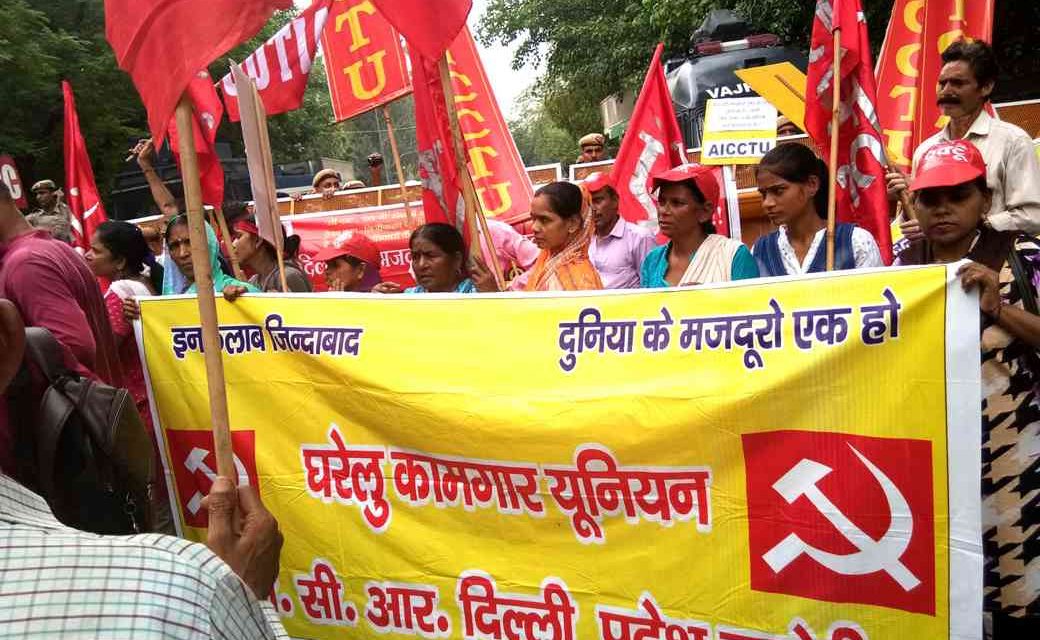 The workers’ strike by central trade unions in Delhi on 20 July 2018 was a resounding success. The trade unions have been demanding that the AAP government in Delhi implement its own electoral promises to workers in full – it is yet to do so even after so many years of being in government, and the CM also avoids meeting Unions. The major demand of the Strike was implementation of statutory minimum wages to all workers and all labour rights according to the law. The issue of regularisation of contract workers in all sectors was also raised emphatically. This issue was one of the much hyped propaganda issue by the Aam Aadmi Party during its election campaign in 2015 and had evoked huge support from Delhi workers in the election battle for Delhi government which AAP won with a historical mandate. 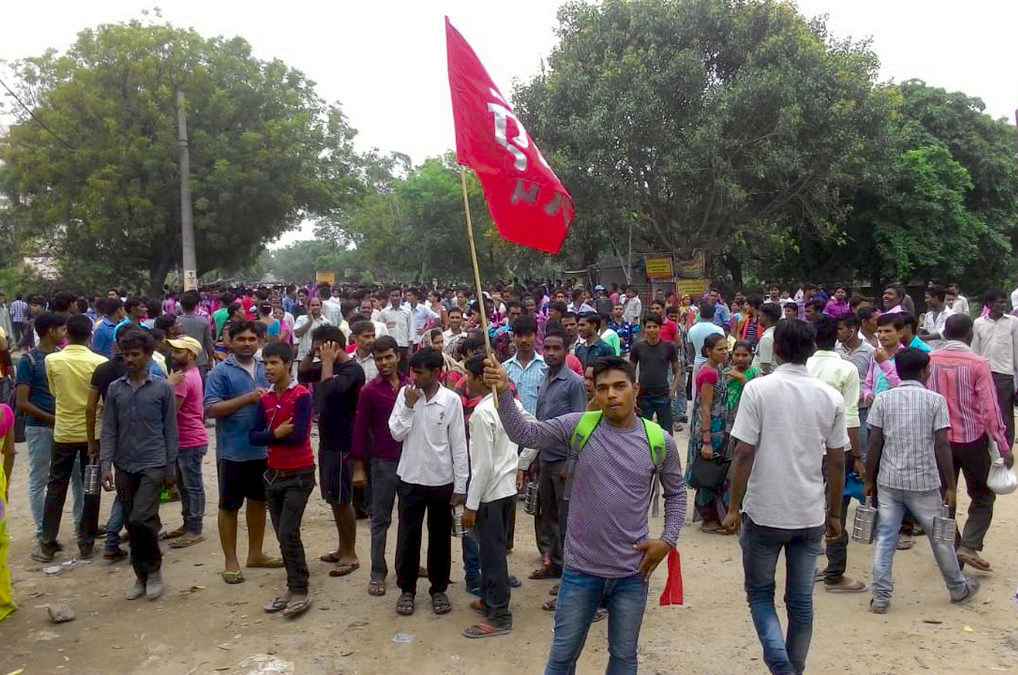 The Delhi government had increased minimum wage rates, though not to the extent as has been the demand of the central trade unions, but this could have been a big relief if implementation of the statutory wages was actually done. The minimum wage for unskilled workers in Rs. 13,896 but like other parts of the country it is never implemented in Delhi too. In industrial areas like Bawana in Delhi women workers are being paid wage as low as up to Rs 4500-5000 and male workers generally get Rs 6000-7000 per month for the 8 hour day work. Thousands of children work inside these factories. Some of the workers who died in the Bawana factory fire were minors, and the owners had locked them inside the burning factory and left them to be charred to death. Other than one, all accused persons in this case have been given bail. Conditions now still remain the same; there is not an iota of change. The factories have only one door and work still goes on inside with the door locked from outside. Nowhere are the names of the factories or their owners displayed outside the factory and there is no notice-board as per the labour laws. No worker gets minimum wages, leave alone ESI, PF or bonus. All in all, it is the government of the owners and rule of the owners. The situation is the same in all the various industrial areas of Delhi. 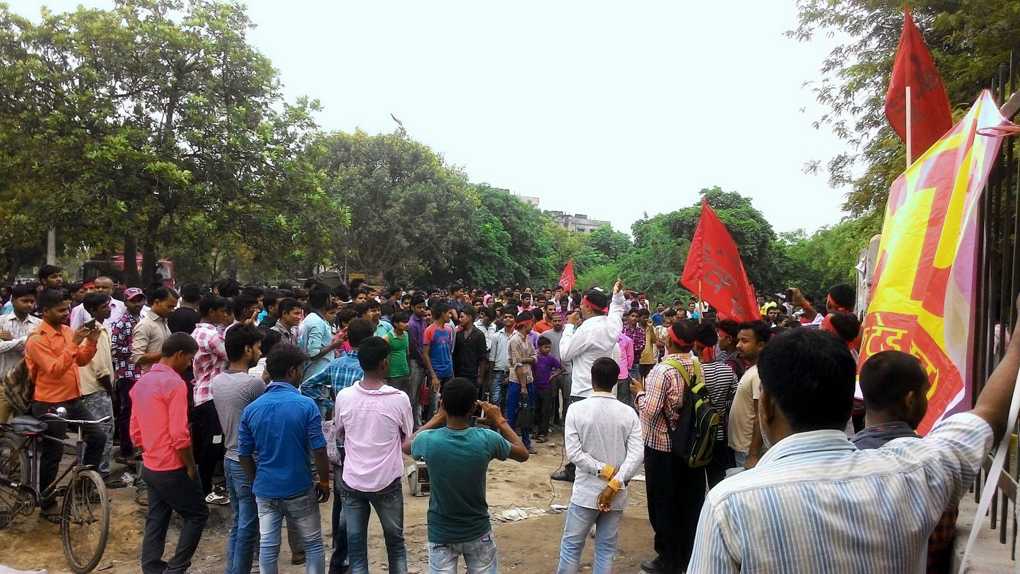 The ASHA workers who go from house to house with the Health Schemes of the Central government and Delhi government get a meagre honorarium of Rs 1,500. From factories to homes there is no guarantee of safety for the workers, whether they are domestic workers, sanitation workers of construction workers.

The TUs launched a joint campaign among all industrial areas including Bawana, Wazirpur, Narela, Bhorgarh, Okhla, and Naraina. The strike was an immense success and all industrial areas mostly remained closed while thousands of workers came on the streets to show their firm resolve to fight till their minimum social security and safety and dignity is ensured by the AAP government. The trade unions also held a march centrally on the strike day from Ramlila Maidan to Delhi Secretariat to remind the state government of its betrayed promises.

AICCTU organized pickets in various sectors and industrial areas of Delhi against flouting of labour laws and the politics of communal violence in the name of religion and caste. Pamphlets were distributed among thousands of workers.