Has justice been frozen in an upside-down position? Why is justice a one-eyed blind woman? These are questions the late Eduardo Galeano asked. And these apply very well to the Supreme Court of India’s treatment of the Pricol workers and the Pricol management.

Recently, the Supreme Court refused even to admit the appeal against the conviction and life sentence for two workers of Pricol automobile factory (Coimbatore, Tamil Nadu) in spite of the fact that the Madras HC verdict had commented on several fabricated aspects of the whole case and questioned the role of the police. Instead the Supreme Court has admitted the appeal of the Pricol management against the acquittal of seven Pricol workers, one of whom had been acquitted even by the lower court. 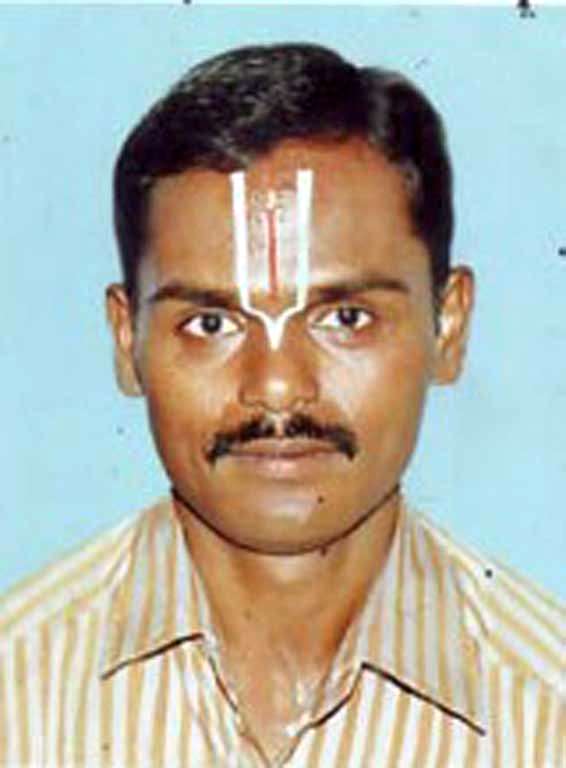 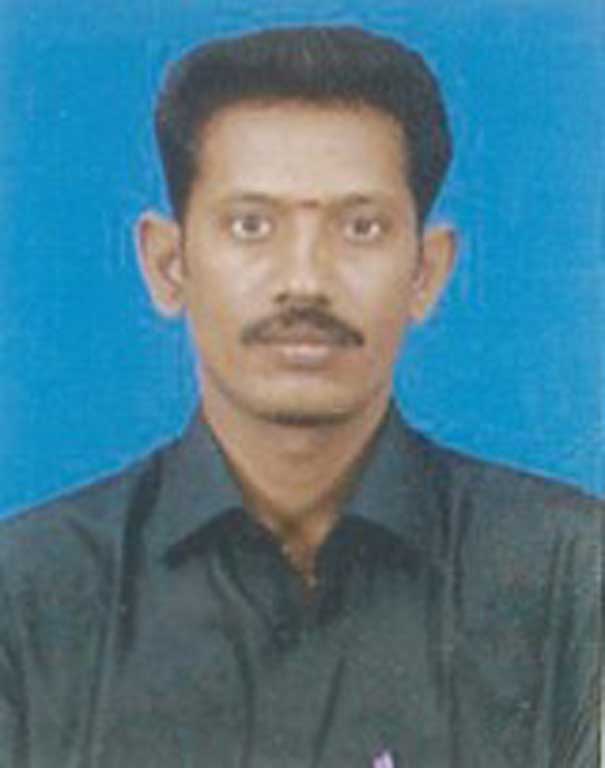 Since 2007, the majority of workers in Pricol’s Coimbatore factory have been with the AICCTU, demanding recognition for their union, and demanding industrial democracy. Denial and suppression of TU rights have been a feature of automobile factories all over India. Pricol workers broke the lull in the working class movement of Tamilnadu, inspiring their counterparts to form unions in Sriperumbudur (called the ‘Detroit of Tamilnadu’ by TN’s rulers). Hyundai workers of Sriperumbudur first dared to tread in the path of Pricol workers – inspiring a sort of contagious formation of trade unions in many factories in Sriperumbudur. Struggles of Maruti workers in Gurgaon too erupted at much the same time – all with industrial democracy and trade union rights as the key concern.

On 21 September 2009, Roy George, the HR Vice President of Pricol Limited, was injured in his cabin, and succumbed to his injuries the next day. His death was the pretext for an all-out crackdown on the Pricol workers. 27 workers were charged with conspiracy and murder by the prosecution. Fearing arrest and torture, one worker sought to evade the terrorising police raids by committing suicide.

The trial in the Pricol case took place in the Bomb Blasts Cases Sessions Court in Coimbatore. The prosecution case was that provoked by the dismissal of 42 workers on 19 September, the workers, led by Union President S Kumarasami and other union leaders entered into a conspiracy to kill Roy George, and under instructions from the leaders, entered the HR department and beat George and three others with iron rods.

In one of the most harsh anti-worker judgements in recent times, the Sessions Court in 2015 convicted eight leading activists of Kovai Maavatta Pricol Thozhilalargal Otrumai Sangam (Comrades Gunabalan, Manivannan, Rajendran, Ramamurthy, Sampathkumar, Saravanakumar, Sivakumar, and Velmurugan) and sentenced them to double life imprisonment. 19 others including four women comrades and Comrade Kumarasami were acquitted.

There were gaping holes in the prosecution case and the verdict had all the hallmarks of being tailored to fit a prejudiced, pre-decided verdict. The verdict claimed the ‘murder’ had been committed with eight rods, and George’s body had eight injuries (medical evidence showed fewer injuries), so by implication eight men must be convicted! There was no forensic evidence shown to link the rods either to the George’s body or to the workers’ hands. The prosecution claimed in writing that they had CCTV footage that could identify the accused – when the footage failed to show anything of the kind, they changed their story to claim that the CCTV was not functioning on that day! The investigating officer himself, admitted he was present just outside the place of the alleged murder – and yet he saw or heard nothing untoward.

The Sessions Court verdict acquitted one of the accused, Comrade Guruswamy, noting that he was not even an employee of Pricol Plant -1 at the time of the incident, and so could not possibly have entered the HR chamber, and concluded that the police had wrongly inserted his name into the FIR. The Sessions Court also concluded that the prosecution had failed to establish any evidence for its conspiracy theory.

The High Court also held that there was no evidence for any conspiracy. It also found that the Comrades Guruswamy and Gunabalan are not just innocent but have been deliberately and falsely named and implicated by the leading prosecution witness. If the prosecution has falsely implicated two persons, must it not be suspected that it has falsely implicated more people? The same witness stated that he was aware of the conspiracy to murder much earlier – he made statements to this effect under Section 161 Cr.Pc and in the inquest also. But he did not report any such information either to the management or to the police, thus violating Section 39 of Cr.Pc which makes it obligatory for anyone who is aware of any intention to commit a crime like murder, to immediately report the same to the nearest court or the police.

The same witness had claimed categorically that nine persons attacked George, injuring him in nine places. When the High Court found that there were only two injuries, not nine, and that two of the nine named by this witness had been falsely implicated, surely it should have concluded that the entire prosecution case, like its leading witness, was false and suspect.

But the High Court, while acquitting six, retained a life sentence for two of the Pricol workers – Comrades Manivannan and Ramamurthy. It appeared that the High Court, accepting that there were two injuries on the body of the deceased, felt that two men must be convicted! But it is unfair to randomly award Comrades Manivanan and Ramamurthy a life sentence, without evidence to link them more than anyone else to the alleged crime.

Probably the judiciary feels that in the case of a death of a high level Human Resources Department Executive, someone or other should be punished, and that acquitting all will send a wrong message.We can only say that judgments should not be based on public opinion or “collective conscience” and definitely they need not be investor friendly. They should be based on law. When the whole occurrence as per the prosecution’s version is suspicious according to the High Court, it should have acquitted all the accused.

The Supreme Court did not even admit the appeal against the High Court verdict. Instead, the Supreme Court allowed the appeal of the Pricol management against the acquittal of seven Pricol workers, including Comrade Guruswamy who had been acquitted even by the Sessions Court which had found him to be falsely implicated! The High Court too had found that Guruswamy’s name had been inserted later, as was Gunabalan’s.

So, the Supreme Court decided that there is no need to revisit the evidence to see if the life sentence against two workers is merited in a matter where the prosecution is found to have fabricated a case against at least two workers, and where the prosecution simply failed to establish its case of a conspiracy by the Union or to link specific workers to specific acts of violence! And the same Court is willing to revisit the acquittals of workers.

The Madras High Court had found that the prosecution case is fabricated and the timing of FIR false; initial information was suppressed; the charge sheet flawed; and the investigating officer at fault for failing to produce CCTV footage which could have helped establish the truth. This is all the more significant when the ambulance register on 21.09.2009 shows that there was an accident to Roy George; an entry which was subsequently altered to read assault, without any signature taking responsibility for and authenticating the alteration. Moreover the names of leading prosecution witnesses Sakthivel and Thirumurugan had been inserted subsequently.

With so many doubts and holes in the prosecution case, and with the High Court verdict pointing to fabrication of key pieces of evidence and witness testimony, the benefit of doubt must go to the accused. Doubts in the case cannot go hand in hand with a conclusive, final refusal to reexamine the conviction of two men sentenced to life imprisonment.
There is a strong basis for the Supreme Court to take up and examine the Special Leave Petition of the Pricol Workers against their life imprisonment. Since the SC has dismissed the appeal, what is the way ahead?

The Supreme Court’s earlier decision in A.R.Antulay Vs. R.S.Nayak and another reported in 1988 AIR Page 1531 shows us the way. In that case the Supreme Court has approvingly followed the maxim of Lord Atkin. “Finality is good. Justice is better”. It is held in this case that if the Supreme Court considers that any person has been wronged by its act, it has inherent powers to set right the wrong.

We have already pointed out that the Special Leave Petitions of the two Pricol workers deserved to be heard. The decision to dismiss the appeal without assigning any reason affects their right to life. Therefore this is a fit and proper case for the Supreme Court to invoke its inherent powers to set right the wrong that has been meted out to the two Pricol workers, which violates their right to life.

“Justice should not only be done but also appear to be done”. In view of the strong suspicion of the Madras High Court about the prosecution’s case, the Supreme Court should have given a chance to the two Pricol workers to present their Special Leave Petitions in detail before it.

The AICCTU has launched a countrywide signature campaign among workers appealing to the Chief Justice of India to admit the SLPs of the two Pricol workers. Workers are writing to the CJI in their own languages, seeking justice for the Pricol Two. Other Central Trade Unions and leading Unions too are supporting this campaign. 