Aadhaar stands proven to be a tool of exclusion and of surveillance and violation of privacy by the government as well as by corporates. Everyday there are examples of the poor being deprived of their rights – food rations, healthcare, old age pensions, MNREGA work and wages, and education – thanks to these rights and basic services being linked to Aadhaar. These exclusions are even resulting in deaths of citizens all over the country.

Aadhaar errors, failure of the biometric machines to recognise fingerprints on work-worn hands, network failures and countless other issues have made Aadhaar a nightmare for India’s poor, by threatening to arbitrarily remove the very “Aadhaar” (basis) of their survival. Such Aadhaar tyranny must end.

The CPI(ML) supports the ‘Break Aadhaar Chains’ campaign and will organise and join countrywide protests against Aadhaar by people’s movement groups on January 12 2018. 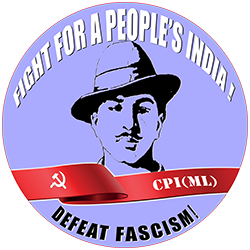 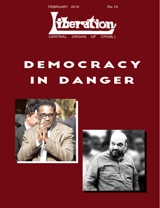